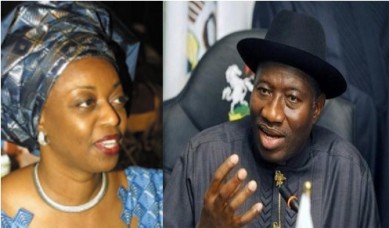 Amidst complaint of inadequate funds to fight Boko Haram by Nigerian Army, the President Goodluck Jonathan led administration is planning to spend $1 billion about N130billion to launder the foreign image of the government. 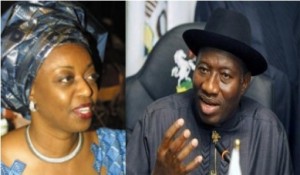 Spearheaded by the minister of Petroleum Resources, Deziani Allison Maduake, the government is shopping for an international public relations firm, at the cost of nearly $1 billion dollars, to improve the battered image of the Jonathan’s administration ahead of 2015 general elections.

African Examiner learnt that Alison-Madueke and some other government officials met with several PR firms in London to finalize the contract for which the the administration is willing to pay the imagemaker over $800 million.

Meanwhile, many Nigerians living abroad have berated Jonathan’s administration for such a “dubious” move to spend such a whooping sum for foreign firm to launder its already battered image.

They believe that instead of spending such a whooping amount, the president and his team should fight corruption, insecurity and create jobs for the teeming youths in the country, believing that if they do those things, they wont even need to spend a dime to launder Nigeria’s image abroad.

Of particular worry to them is the government’s inability to rescue the over 200 kidnapped Chibok girls, neccesitating the US to deploy drones and troops to the country,  an issue that has now become a global embarrassment not only to the Nigerian government but all Nigerians living abroad.

“How can a government be seeking PR firm with $1billion when majority of Nigerians are living in abject penury. I’m particularly worried that such move will backfire and will amount to a waste of funds that would have been pulmped into economy , well if they like let them spend $100 billion for launder their image, it will amount to nothing if the government fails in its primary responsibilities.” One of those who spoke to African Examiner lamented.

Meanwhile, African Examiner gathered this week a powerful delegation from the presidency is due in Washington DC to continue to shop for a big PR firm that will launder the image of Jonathan’s administration.

Recall that that leading figure in the search for the image laundering PR firm, Deziani Alison-Madueke has image problem herself. She is set to face the Public Accounts Committee (PAC) of the House of Representatives over allegations that she squandered $10 billion in unauthorized private jet expenses and may as well be quizzed over this latest allegation of leading a government powerful delegation to hire an image laundering foreign PR firm for $1 billion.