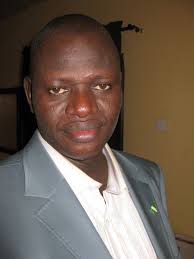 The ripples occasioned by zoning of Plateau Governorship seat has persisted as a Lawmaker, representing Jos South/Jos East Federal Constituency in the House of Representatives, Hon. Bitrus Kaze has insisted the slot be shifted to Southern part of the state, “in the best interest of fair play, equity and justice”.

Consequently, the Federal Lawmaker has called on the indigenes of Plateau Northern Senatorial District (from where he hails) to prevail on the state Governor, Jonah Jang to allow the power shift to the Plateau South.

He added that such arrangement would guaranty lasting peace, unite the Church and the heterogeneous people of the State.

Kaze who had cleverly turned down the invitation extended to him to attend a political summit organized by the Plateau North Political Front (PNPF) emphasized that, by doing so, Jang would have fulfilled the divine mandate given him by God, to unite the Church and the people, as well as to run a righteous administration.

The summit was aimed at drumming support for the emergence of credible candidates of Plateau North extraction for the various political positions in the State, especially the gubernatorial, in the 2015 general elections.

“The fact cannot be contradicted that all senatorial districts of the State beginning with what is now Plateau South, followed by Plateau Central and finally Plateau North, have occupied the seat of governor of the State in that order.

“Since Plateau North produces the outgoing incumbent and having completed the circle as rightly alluded to by the PNPF in its first press outing, I urge all the good people of the zone to encourage Governor Jang to institute the principle of zoning for the seat of governor of Plateau State beginning with the Plateau South Senatorial District in 2015”, Kaze explained.

He added: “Apart from the fact that the Holy Scriptures emphasized the need for us to love our neighbours as we love ourselves and to do to others what we would have them do to us, the letter and spirit of Sections 7(3)(c) of the PDP Constitution 2012 and 14(3) of the Constitution of the Federal Republic of Nigeria 1999 (both as amended) respectively encourage the principles of zoning of Party and Public elective offices in order to promote national unity, and also to command national loyalty.

“In my considered view, if Plateau North must produce the next governor, I believe the best approach will be to allow other senatorial districts canvass the case in our favour rather than for us to resort to self help.

“Having repeatedly expressed this view on various occasions, it is unambiguously clear from the foregoing that I have formulated, articulated and consistently sustained my convictions on this important subject long before the PNPF was born in the second quarter of 2014”.

On the invitation by PNPF, Kaze said, “Considering the massive support reported by the PNPF for its objectives, it would have been easier for me to conform by saying ‘Yes’ but I have elected for myself to say ‘No’, meaning, I do not subscribe to the opinion that Plateau North should retain the governorship of Plateau in 2015.

“If however the decision of the people of Plateau State is to allow Plateau North Senatorial District to produce the next governor, I will be guided accordingly” added the lawmaker.