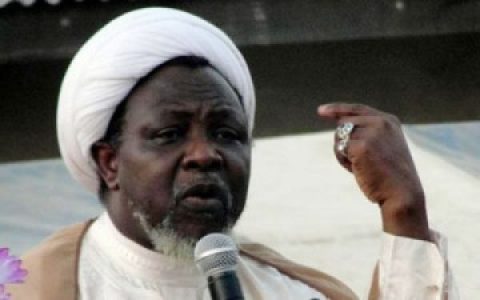 ABUJA, NIGERIA (AFRICAN EXAMINER) – Again, the Shitte Muslim sect, operating under the Islamic Movement of Nigeria IMN went on rampage Wednesday in Abuja in protest against the continued detention of their Leader, Sheikh Ibrahim El Zaky-zaky.

They were however dispersed with tear gas and chased away by the security operatives at Area 3, Garki, of FCT.

The policemen also fired canisters at the protesters while they in turn threw stones at them.

It would be recalled that members of IMN staged similar protest on Monday; attempted to force their way to the National Assembly complex, but were resisted by the armed policemen.

Just like Monday’s incident, the exchange between the security operatives caused commotion and fear among the traders, commuters, office workers and passers-by in the area.

Similarly, some of the protesting Shitte members were arrested and were taken away in the Police van.

Sheikh El Zaky-zaky was arrested in December 2015 following the bloodbath in Kaduna which followed the clash between the Shitte members and entourage of the Chief of Army Staff, Lt. Gen Tukur Buratai along the Abuja-Kaduna expressway.