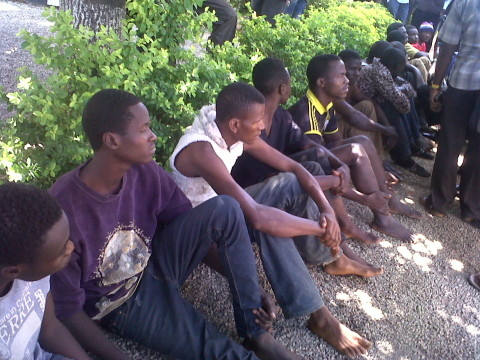 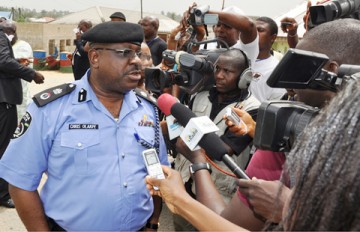 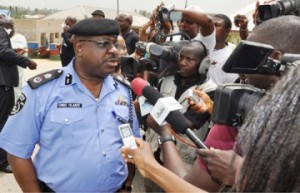 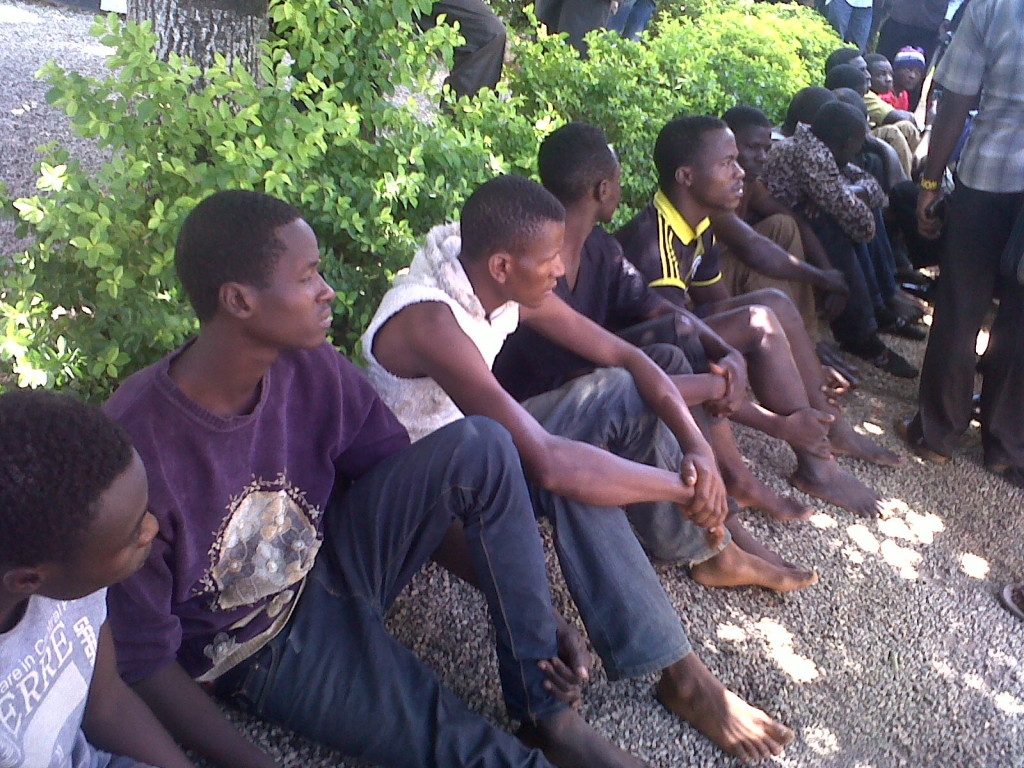 In its efforts to fight crimes and criminality, the Plateau state police command has arrested ten men who specialized in raping underage girls, among them was a native doctor who raped a 14 year old girl who was taken to his house for treatment. 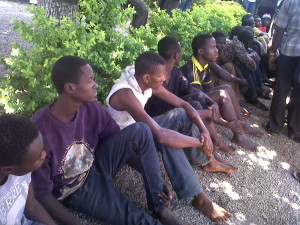 Arrested Gang Rapists being paraded by Police in Jos

The State’s Commissioner of Police Chris Olakpe disclosed this on Wednesday while briefing newsmen at the Command’s headquarters in Jos.

He said, “On the 16/10/2013, one Emmanuel Bala, a native doctor in Rim village, Riyom Local Government Area was arrested for raping one Miss Evelyn Ezekiel who was taken to his house for treatment.

Adding that, “The said victim alleged that since she was taken to the native doctor’s house in August, 2013, he had been having sexual intercourse with her frequently, making her to believe that sex is part of the treatment.

He further explained that, the victim later divulged the secret to the wife of the native doctor, which led to quarrel between the couple.

However, the native doctor was said to have descended heavily on the girl beating her, leaving her in coma. She was rushed to the hospital for medial attention.

Olakpe said investigation on the matter is on going at the state CID.

Also in a similar case of rape, the commissioner said, one Abdullahi Adams, aged 31 on the 7th, October, 2013, lured one Halima Saidu aged 7 into his room, tied her hands gagged her mouth and raped her.

The said victim sustained injuries in her private part and is undergoing treatment, adding that the suspect confessed to have committed the crime.

Similarly, the Police Commissioner said seven men with the average age of 25 were arrested on the 08/10/2013, for raping a 9-year-old girl, Christiana Danlami on the 04/10/2013. They confessed to have committed the crime.

The names of the suspects are given as  Richard John 30, Zere Adams 28, Hamza Musa 20, Ugochukwu Raphael 25, Emmanuel Ibrahim 25, Sok Davou is at large.