Police Take Over Kano Assembly Over Plan to Impeach Speaker

Posted by African Examiner Latest News, News Across Nigeria, News From The State Monday, May 14th, 2018 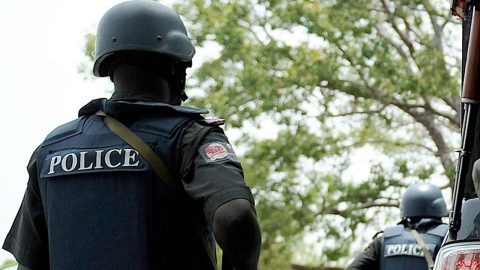 (AFRICAN EXAMINER) – Armed policemen Monday took over the Kano State House of Assembly complex over alleged plan by some legislators to impeach the speaker.

As early as 11am, it was gathered that armed security personnel have been deployed to the entrance of the Assembly complex, preventing visitors from gaining entrance into it.

Specifically, it was gathered that the policemen were deployed to the complex earlier in order to check the alleged moves by some aggrieved members to impeach the Speaker, House Yusuf Abdullahi Ata.

In the meantime, Police Public Relations Officer PPRO of the Kano State Police Command SP Magaji Majiya has confirmed the development, explaining that the deployment was to forestall the breach of peace.

“We need peace in the entire state so we will not allow anybody to tamper with prevailing peace and harmony being enjoyed in the state,” the Police Spokesman stated

Meanwhile, the Kano State House of Assembly has adjourned plenary session from Monday, May 14 to June 30, 2018.

The announcement which was contained in a statement issued by the House’s Director of Press, Ali Bala Kofar Kudu, claimed that the Speaker has ordered the adjournment of the plenary session from today (Monday May 14, 2018) till the end of June 2018, so as to allow members prepare for the month of Ramadan and Idil-Fitr.

The statement added: “the Speaker enjoined members and the general public to make good use of the holy month in praying for forgiveness and progress of Kano State and Nigeria at large”.