Presidency: Buhari Has not Extended His London Holiday, Due to Return Friday 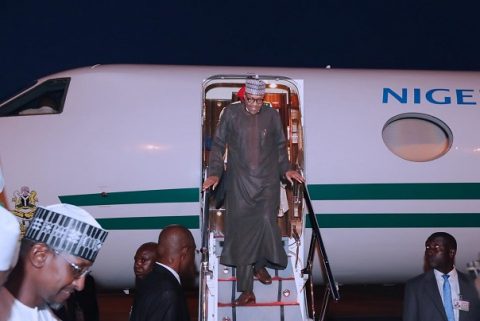 (AFRICAN EXAMINER) – The Presidency has described reports going round that President Muhammadu Buhari has extended his 10-day vacation in London as fake.

While dismissing the reports, the Presidency said the speculation was an old story which was first circulated during the President’s vacation in February 2017.

“This story from Feb. 2017 is currently being mischievously circulated on social media platforms, to create the impression that it’s related to the President’s current vacation.

“Kindly take note of the date, 2017. The President has not extended his ongoing 10-working-day vacation’’ the tweet stated.

It would be recalled that President Buhari began his current holiday on August 3, 2018

The public service rules recognize only official working days for holidays. In effect, the President is officially expected to return to the country Friday.