Presidency: Power Must Shift to South in 2023 – Yari 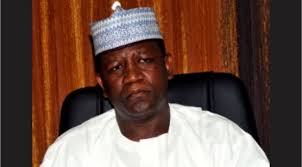 (AFRICAN EXAMINER) – Alhaji Abdulazeez Yari, the immediate past Governor of Zamfara State, has stated that the South should have a shot at the presidency in 2023.

He stated this while speaking to reporters stressing that there is a need to ensure power shifts after the tenure of President Buhari.

Yari said: “As we have seen the nature of how our presidency will look like, it has to go to the South. The chairmanship may likely as well come to the North in preparation for that.”

He stressed that he was one of those canvassing for the power shift in 2023 adding “Of course, that is how things are supposed to be”.

He, however, refused to disclose the geo-political zone in the South that should have the ticket, saying, “I don’t want to make an offensive statement. APC leaders will decide.

“As a leader, I do not want to talk and be offending some of our members and leaders.”