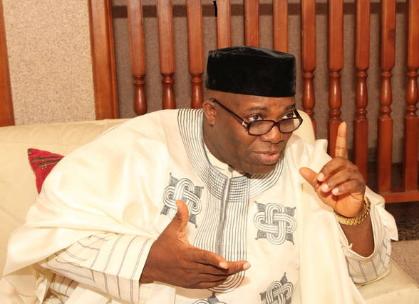 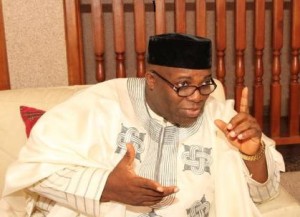 the Senior Special Assistant to the President on Public Affairs Dr. Doyin Okupe

Speaking to Journalists on Wednesday in Abuja, the Senior Special Assistant to the President on Public Affairs Dr. Doyin Okupe confirmed the payment saying it has personally seen the balance of the revitalization of Universities Infrastructural Account.

The text of Okupe’s statement reads:

“It has become necessary for us to show proof to the Nigerian public confirming our earlier statement that following the Presidential intervention on the ongoing strike by Nigerian University lecturers, President Goodluck Jonathan gave the required instructions to ensure the fulfillment of what was agreed with the Academic Staff Union of Universities.

“Prior to all these, the Director of Funds in the office of the Accountant General of the Federation MK DIKWA, through a letter reference FD/LP2008/37/C/I/DF dated 8th of November communicated with the Executive Secretary of the Nigeria Universities Commission requesting for the list of Federal Universities in Nigeria for the purpose of opening a Special Account for them. On the 12th November, 2013, the NUC through the office of the Executive Secretary, Prof Julius Okojie in a letter reference

“NUC/ES/444/VOL15/280 responded to the request and gave the list of the Universities with their various account numbers domiciled with the CBN. Following this, the Accountant General has communicated with the Executive Secretary requesting for the details of amount payable to each of the listed Universities which is currently being processed by the NUC.

“I state categorically that I have personally seen the balance in the account as of today and confirm that it contains the requisite amount and disbursement will commence as soon as on going administrative processes are sorted out.

“Distinguished Gentlemen, we want to re affirm that the President and this administration have no credibility issues whatsoever. Mr President has always honored his words and obligations to the Nigerian people as and at when due.

“Finally, given due considerations to the four items mentioned by ASUU as preconditions to their calling off the strike, we state categorically that none of them remain substantially pending or weighty enough to justify the continuation of the strike. Therefore there are no further legitimate reasons for the strike by University teachers to continue a day any longer. We therefore call on Dr Nasir Fagge, his distinguished colleagues in the ASUU leadership as well as other patriotic members of their Union to put all else aside and call off this strike in the interest of our young men and women who have been kept out of school for 5 months and who have no recourse to any form of compensation whatsoever.

“Having come this far, we believe it is time that we all come together once again as major stakeholders in the affairs of the country and the educational sector in particular to move on and begin to chart a new course for advancing the sector and improving the standard of our institutions for higher learning. There are no victor or vanquished in this protracted disagreement.”