Press Release: CAN Lied About Marginalisation Of Muslims 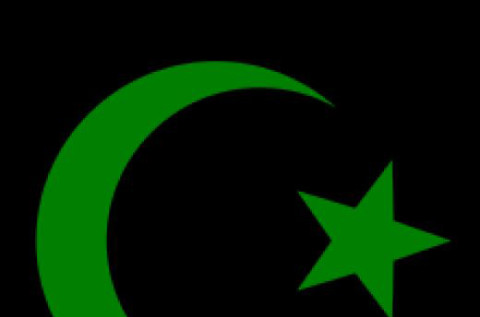 CHRISTIANS under the aegis of TEKAN/ECWA, a branch of the Christian Association of Nigeria (CAN) have denied claims of marginalization by Muslims. In a statement released yesterday, the National Head of TEKAN/ECWA bloc of CAN, Rev. (Dr.) Emmanuel Dziggau accused Sultan Abubakar III of hiding the truth.

We of the Muslim Rights Concern (MURIC) find CAN’s vituperations distasteful, disgusting and provocative. It is most unfortunate that a religious leader will take to whipping up sentiments instead of facing facts as they stand. There must be an anti-Muslim conspiracy at the highest level if Muslims speak of marginalization in Nigeria and a Christian body stands up to defend the Federal Government.

The world has become a global village and the rest of the world is keenly watching the unfolding scenario in the country. People are not fools and simple logic will reveal the hypocrisy of CAN in this matter. Why should CAN respond each time the Muslims complain to the government? When did CAN become Aso Rock’s megaphone?

For the avoidance of doubts, the present Sultan is the most moderate, most peace-loving and most accommodating leader the Muslims ever had. The Sultan has consistently advocated dialogue instead of spontaneous violence. He has always counseled Islamic organizations to report their grudges to Nigeria’s umbrella Islamic organization, the Nigerian Supreme Council for Islamic Affairs (NSCIA) and to refrain from aggressive disposition. It is therefore callous and deceitful of CAN to turn around and accuse a bridge-builder like Sultan Abubakar III of heating up the polity.

CAN should stop shedding crocodile tears. What has been CAN’s response to various publications of facts and figures of lopsided appointments in ministries and parastatals, recruitments into military and police formations? Why is the government silent over such sensitive issues?

Can CAN deny the fact that there are only 189 Muslims out of the 492 delegates in the ongoing national conference? These are hard facts that eyes can see. The delegates are still there. What did President Jonathan do to address the complaint of Muslims on the lopsidedness in the national conference?  He promised to review the situation when a Muslim delegation went to complain in Aso Rock. What has he done almost two months after the visit?

Both CAN and President Jonathan must remember that today was born from the wombs of yesterday. Former president Olusegun Obasanjo is a Christian. He ruled Nigeria for eight good years (1999 – 2007) but Nigerian Muslims did not experience such open injustice. The situation of Muslims in the country today can be likened to what former British Prime Minister, Chamberlain, described as five evils: brute force, bad faith, injustice, oppression and persecution. The Muslims may have no voice today but posterity certainly has a voice and a very vocal one too.

History will judge presidents who fail to uphold justice. Neither will posterity forgive religious leaders who encourage perfidy and partiality.

MURIC calls the attention of the international community to the Federal Government’s deliberate marginalization of Muslims in Nigeria. It is a calculated attempt to debilitate Muslim communities economically and politically. This Draconian policy stands in contradistinction with international best practices in good governance. It is needless to say that it is the latter which can guarantee peace, harmony and stability.