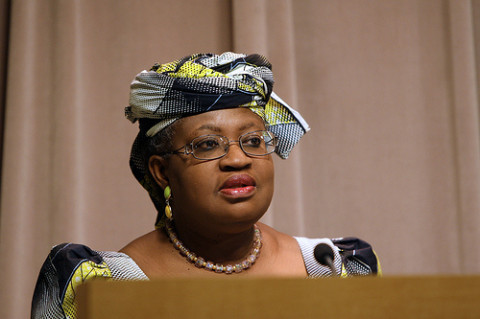 (AFRICAN EXAMINER) – Former Nigerian Minister of Finance, Ngozi Okonjo-Iweala, and the country’s candidate for the leadership of the World Trade Organisation, has stated that powerful and well-connected forces were working against her candidacy.

She stated this in a statement issued by her media adviser, Paul Nwabuikwu, noting that those against her candidacy were smearing her image.

Nwabuikwu said: “It has come to our attention that there is an ongoing effort by some well-connected Nigerians to sabotage the campaign of Dr Ngozi Okonjo-Iweala as the country’s candidate for Director-General of the World Trade Organistion.

“As part of this campaign, these persons and their cohorts are peddling outright lies and distortions designed to invent a non-existent scandal in order to paint the candidate and her campaign in negative light.

“The attempt by these elements to manufacture a controversy in the local and international media by distorting the facts and creating falsehoods to link the campaign with some of Mercury’s current or past clients to push a false impression is contemptible.

“It is sad that the elements behind this campaign are placing their squalid concerns above the interests of the country.

“We urge all well-meaning Nigerians to ignore this condemnable effort.”