Ramadan: Muslims Urged to Be Committed In Worship For Consolation

Posted by African Examiner Latest News, News Across Nigeria, News From The State Wednesday, May 15th, 2019 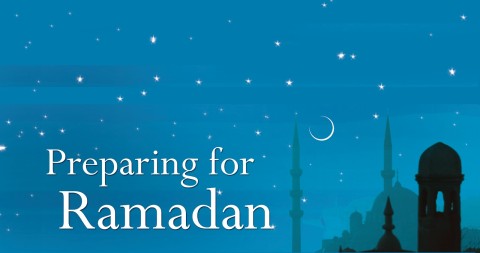 (LAGOS STATE) – Muslims have been advised to be very committed in their daily Salaat (prayers), so as to enjoy immensely from its ‘‘consolation’’ benefit.

A senior civil servant with the Lagos State Government, Ustadh Yakub Bamidele gave the advice Sunday in Ojokoro, Ifako/Ijaiye Local Council area of Lagos, while delivering lecture at a Ramadan Iftar public Lecture organized by a group of professionals and businessmen, operating under the name – The Ikhwan Trust and Holdings.

Speaking on the topic: Ibadah (Salaat): The Legacy; The Treasure, Ustadh Bamidele established that since the main purpose of man’s creation according to Allah is ‘’worship’’, the Salaat primarily implies submission to the Creator’s will, therefore,  if such a task is carried out by the Muslims conscientiously, the comfort promised by Allah through it was certain.

The Islamic Scholar who is an accountant by profession affirmed that when a Muslim accedes to other wish, rather than Allah’s, such conduct amounted to Shrik – associating partner with Allah.

Ustadh Bamidele defined Ibadah as any act carried out by a Muslim, after which he expects rewards from Allah.

The Cleric who works as an accountant with the Lagos State Neighbourhood Safety Agency itemized Iman (faith) and Ikhlas (belief in unity of Allah) as fundamental features of any act to be considered as Mutabah – act of Ibadah – worship.

Bamilde noted that every Muslim is obligated to research further and deeply into the expansive scope of Ibadah.

According to him, all the Prophets of Allah prayed as a form of Ibadah, saying that this specifically justified that Salaat was a Legacy bequeathed to Muslims by the messengers of God.

However, he stated that the best practice in Ibadah (prayer) was to emulate the Prophets – quoting Prophet Muhammad’s admonition, which enjoined his followers to pray as they see him praying.

After making reference to many Quranic and tradition quotations, the Lecturer declared that Salaat, as an act of Ibadah was a ‘’treasure’’, just as it serves as a ticket to enter Al-janah.

In his remarks at the event, the Ikhwan Coordinator who is an Assistant Editor with the The Nation Newspaper, Alhaji Taofik Salako recalled that the vision of the initiators of the group was to create a formidable platform for the Muslim professionals and business conscious which would serve as a spiritual, financial and economic hub for members to advance in their private; family; professional and business lives.

He disclosed that the long term desire of the group was to become an initiator, a big player and promoter of ethical businesses to benefit Muslims and other sincere individuals.

Among the means the Ikhwan has adopted to actualize its objectives Alhaji Salako stated include: regular contributions; Hajj scheme; zero interest Cooperative among others.

The Lecture was attended by members, their families and neighbourhood residents.