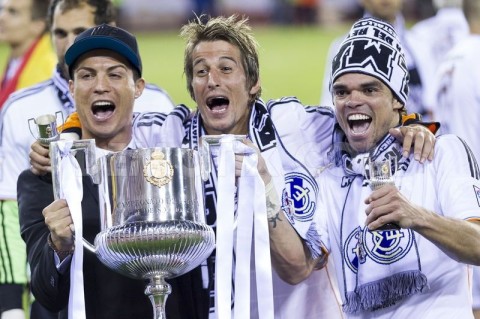 Real Madrid came from behind to win 2014 Champions League title in extra time at the expense of Atletico Madrid. 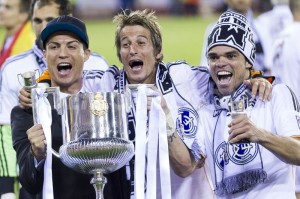 Diego Godin profited from an Iker Casillas error to head Atletico in front after Gareth Bale had fired wide in 35th minute.

Real fought back in second half and Sergio Ramos scored the equalizer that paved way for Real Madrid victory in the 93rd minute.

Bale scored the second goal for Real Madrid while Marcelo scored a third and Cristiano Ronaldo seal the victory with penalty in 118th minute of the final played in Portugal.

Saturday’s victory is the 10th Champions League Cup for the richest cup in the world.