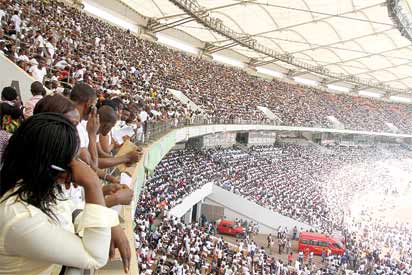 The Coalition Against Corrupt Leaders (CACOL) has called for immediate sack of the Minister of Interior, Mr. Abba Moro, and the Comptroller-General of the Nigeria Immigration Service, Mr. David Shikfu Parradang.

This came on the heel of the death of 20 job seekers who were stampeded during the recruitment exercise of the Nigeria Immigration Service. In his reaction to the deaths, the Minister of the Interior, Mr. Abba Moro, whose Ministry supervises the NIS accused the victims of “impatience”, claiming that the deaths resulted because “they did not follow the laid down procedures spelt out to them before the exercise.”

As a prerequisite for participating in the recruitment examination, each applicant was alleged to have paid N1, 000.

Reacting to the incident, the Coalition through its Executive Chairman, Mr. Debo Adeniran,  described the Minister’s statement as callous and averred that  the collection of the N1, 000 is the highest height of extortions.

He said, “Hundreds of thousands of job-seekers attended job-seeking examinations organised by the Nigeria Immigration Service (NIS) in different centres in Nigeria to fill just 4,556 vacancies and each job seeker was compelled to pay the sum of one thousand Naira (N1,000). That is the highest height of extortions because those applicants are supposed to be paid not that they should be ripped of the stipends they have. They shouldn’t take money from the people who don’t have jobs. Where did they expect them to get money from, to go and borrow or become beggars on the streets?

Besides, there is no evidence that these sums were remitted to the Federation Account as required by law. In all the places, these examinations took place in stadia, suggesting that the organisers anticipated large turn outs but they failed to make arrangements for crowd management and control. At the end, many were killed and many were injured in stampedes caused by poor arrangement. This tragedy was avoidable.

The human rights activist consequently called for the sack of the Interior Minister and the Comptroller-General of Immigration, Mr. David Shikfu Parradang and urged that they be made to face criminal investigation for involuntary homicide.