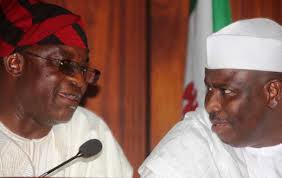 The National Assembly has been urged to drastically cut down on all frivolous and wasteful expenditure to be proposed in 2014 budget, starting from its own over-bloated N150 billion appropriation.

The federal parliament has also been called upon to ensure full scrutiny and proper consideration of estimates to be presented by the President especially as it relates to Service Wide Votes, overheads and the recurrent budget estimates for the 2014 fiscal year.

The charge was contained in a unanimous resolution made at a two-day Pre-budget session on the 2014 federal budget which was organized in Abuja by the Centre for Social Justice (CSJ) with the support of the Federal Public Administration Reform Programme Nigeria (FEPAR). The session reviewed the Medium Term Expenditure Framework (MTEF) 2014-2016, challenges of the 2013 federal budget and previous budgets as well as setting agenda for the 2014 budget policy and estimates as well.

The forum which was well attended by representatives from the civil society and non-governmental organisations (NGOs), further reviewed issues around cost of governance, inefficiencies and waste, poor capital budget implementation, rationalizing budgetary projects and priorities and collection of revenue from ministries, departments and agencies (MDAs) that should remit same to the treasury.

In addition, the session equally adopted and endorsed strategies for engaging the executive and legislature in the 2014 budget approval process, noting that civil society’s voice has been consistently ignored in previous interventions despite its deep seated research and advocacy work around budgetary issues.

The forum also called on all Nigerians to prepare to exercise their right to peaceful assembly, freedom of association and of speech in order to reclaim the sovereignty of the people in the budgetary process using the 2014 budget as test case.

The participants therefore urged citizens, groups, NGOs, professional associations, organized labour, students, artisans, market associations as well as other related bodies to become part of the Nigerian Budget Movement as championed by the Citizens Wealth Platform and to fully participate in the activities to ensure an equitable 2014 federal budget.

The group further pledged to champion and fully mobilise Nigerians for participation in the Day of Rage/Action for improvements in public finance management scheduled for November 23 2013, adding that the idea is to mobilise non-governmental and faith based organisations, professional associations and other citizens groups to ensure that public resources are made to work and be of benefit to all Nigerians.

They also promised to scrupulously and meticulously engage the 2014 federal budget process through a multiplicity of processes and procedures.

The forum also promised to simplify and produce a citizens version of the federal budget as soon as it is submitted to the National Assembly by the President and use the version for enhanced mobilization of the citizens towards a people oriented budget, adding that it will engage in full scale analysis of the macroeconomic framework and sectoral allocations of the 2014 budget for the engagement of the executive and legislature.