The Lagos State Government has vowed to henceforth jail residents for one year if they present fake means of identification in the ongoing residence registration exercise. 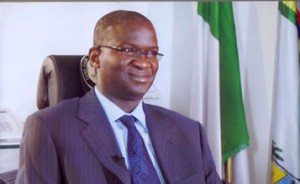 The government said this became necessary in view of the large number of Lagosians presenting fake means of identification to the Lagos State Resident Registration Agency or registration.

General Manager, LASRRA, Ms. Olayinka Fashola disclosed at a meeting with grassroots chieftains in Lagos, Southwest Nigeria said that the government would  henceforth start applying the law on anybody caught presenting fake means of identification for the ongoing resident registration exercise which is one year imprisonment.

According to her, it had been noted that a lot of people now come to register with fake documents or register twice.

She disclosed that her agency recognised that there were some people who did not have any means of identification but were genuine residents of a community or some who got their document burnt in fire incidents or elderly rural dwellers.

She urged them to come out clean to LASRRA officials who would assist them in the registration instead of bringing fake document.

Fashola noted that LASRRA approved people in these categories being identified by their Baales or Community Development Associations, CDAs Chairmen, particularly in the rural areas.

She, however, enjoined the CDA Chairmen and Baales to be sure of the identity of whoever they were attesting to as they would be prosecuted if the person was found not to be a bonafide resident of that particular area.

The LASRRA GM also charged the CDAs to flush out the perpetrators of the fake identification scams as they were mostly residents of their communities.

She urged people that have lost their registration cards to go to LASSRA office to obtain a new one instead of registering twice which can land them into trouble.