Reorganization In Oil Sector As Jonathan Appoints New GMD For NNPC, Others 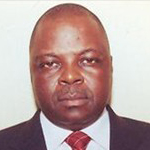 In a statement issued on Friday by the President’s Special Adviser on Media and Publicity, Dr. Reuben Abati, the new NNPC’s GMD hailed from Borno state and has served previously as the Group Executive Director, (Exploration and Production), NNPC and Managing Director of Integrated Data Services Ltd (IDSL), a subsidiary of the NNPC.

Similarly, the new NPDC Boss, Muoneke, is a Lawyer and an indigene of Anambra state. He was called to Bar in 1985 and had over 29 years’ experience at both local and international levels in the oil and gas as well as the energy and power sectors, including position as Executive Director, (Finance and Admin), Niger Delta Power Holding Company Limited, (NDPHC).

All the appointments the statement revealed were with immediate effect.

The New GMD of NNPC

Dr. Joseph Thlama Dawha is the Managing Director of Integrated Data Services Limited (IDSL). An indigene of Biu in Borno State, Dr. Dawha was born on March 29, 1954. He holds a B.sc (1977) and an M.sc (1985) degree in chemical engineering. He also bagged a Doctorate degree in 1988.

Dr. Dawha’s career in NNPC began in 1988, from where he rose in ranks in 2005 to become the Executive Director, Commercial Division of Eleme Petrochemical Company Limited, Port Harcourt in 2003.