The River state government has berated the National Judicial Council, (NJC) over its moves “to go through the back door” to appoint Justice Daisy Wotube OKOCHA as the Chief Judge of Rivers State. 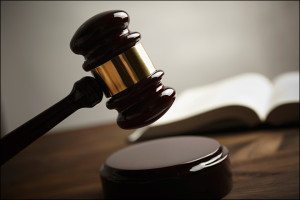 A statement issued by Mrs Ibim Semenitari, Commissioner for Information and Communications, blasted the action of the NJC whom she accused of interfering with the administration of justice in the state.

“The attention of the Rivers State Government has been drawn to a surreptitious move by the National Judicial Council, (the NJC) to privately appoint, through the back door, Justice Daisy Wotube OKOCHA as the Chief Judge of Rivers State and then direct all the Judges of the Rivers State judiciary to accept directives and instructions from the said Judge in that capacity.

“This is clearly against the Judgement of the Federal High Court which voided NJC’s recommendation of this same Judge.

“The NJC, to disguise its disrespect for the Law and give the impression that it is acting within the Law, has planned to christen the said Justice Daisy Wotube OKOCHA as an ‘Administrative Judge’ with powers to perform the functions of the Chief Judge especially the assignment of cases.

“The Rivers State Government wonders what special interest the Chief Justice in person, and the NJC, in general, have in Rivers State and its Judiciary as to contemplate such obviously unconstitutional and illegal act against the state judiciary which act is also contemptuous of a Federal High Court’s Judgment which has voided NJC’s recommendation of Justice Daisy Wotube OKOCHA for appointment as Chief Judge of Rivers State.

“The Rivers State Government wishes to state that by the State’s High Court Law, it is the Chief Judge that has powers to distribute the business of Courts, (otherwise popularly known as assignment of cases), to Judges and not any other person whether known as Administrative or Most Senior Judge as the NJC wishes to contrive. The contraption and contrivance known as ‘Administrative Judge’ to perform the functions of a State Chief Judge is unknown to both the Constitution of the Federal Republic of Nigeria and the Rivers State’s High Court Law.

“The public and in particular, Rivers People, are further informed that all issues pertaining to this matter of Justice Daisy Wotube OKOCHA and her desire to be the Chief Judge of Rivers State with the active support of the NJC, are subject of various litigation in various courts including the one Justice Okocha herself appealed against.

“We demand therefore, that the NJC should obey the Constitution, (which vests appointment of Judges, all category of Judges, on the Governor); obey the Judgment of the Courts (which Judgment has voided its recommendation of the said Justice Daisy Wotube Okocha for appointment as Chief Judge of Rivers State) and refrain from its continuing meddling in the administration of Justice in Rivers State as it is clearly doing.

“Rivers State Government wishes to state that it shall administratively and legally use all ways and means known to Law, including its powers under the Constitution and all other extant Laws, to resist the over-aching desire and attempts by some politicians in the NJC who hope to use their membership of the NJC to hijack the Rivers State Judiciary for their Group’s political ends while pretending to be politically neutral.

“Finally, the Rivers State Government, which holds the NJC, as a body, in high esteem especially because its members are eminent members of the Learned Profession of Law, however, is constrained to call on Nigerians to hold the Body and its leadership solely responsible for any break down of Law and Order which its planned-intermeddling with the administration of Justice in Rivers State shall inexorably occasion.”