Rivers: Rep, others Raise Alarm over Arrest of Amaechi Supporters 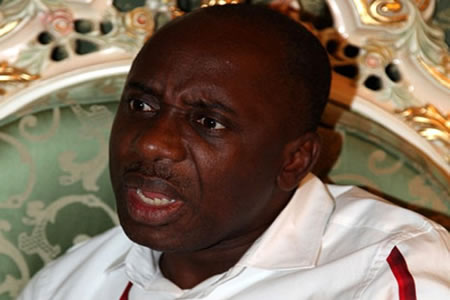 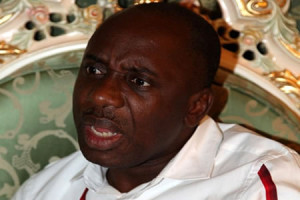 The Federal Lawmaker representing Etche/Omuma Federal Constituency in the National Assembly, Hon. Ogbonna Nwuke has joined other well-meaning Nigerians to outrightly condemned the arbitrary arrest and detention of Peoples Democratic Party (PDP) members in his constituency, who are supporters of Governor Rotimi Amaechi

“I condemn the arbitrary arrests and detention of my constituents. People should be allowed to express their minds. It is against the tenets of our democracy. The Anti-Amaechi leaders and groups are attacking the Governor and the Rivers State Government on a daily basis, nobody has touched them, so why should they arrest persons in my constituency who are only expressing their minds and political affiliation. This is a clear case of intimidation and victimization.”

“The Police must be seen and perceived to be acting above board. This looks like a clear case of taking sides against Rivers people in the political crisis in the State. In the midst of this crisis, one would have expected that the police would be neutral and discharge their duties without bias but unfortunately the reverse is the case”, Nwuke said.

Also speaking, leader of the concerned people of Omuma and former PDP Assembly Aspirant, Hon. Darlington Nwanju disclosed on Wednesday to newsmen at a media parley in Port Harcourt that the people of Omuma believe in the principle of rule of law and the tenets of democracy in the current political dispensation to redress matters that affect aggrieved parties in any form of dispute and disagreement.He expressed total displeasure and condemned the arrest, intimidation and harassment of two of Omuma citizens, Mr Leo Anyanwu and Charles Ahamefule.

Hon. Darlington while condemning the act of harassment and intimidation of the detained PDP members by Hon. Kelechi Nwogu a member in the Rivers State House of Assembly, said the political crisis in Rivers State has degenerated to Omuma Local Government Area.

He also said, the recent arrest of Mr. Leo Anyanwu and Charles Ahamefule to the Police force headquarters, Abuja were not far from the issues surrounding the political crisis in the state, saying
that, the police force headquarters and the courts in Abuja lacks the jurisdiction to prosecute them, and called for the duo to be returned to the state.

“On Sunday, at about 11.am, we got information that Mr. Leo Anyanwu was arrested, while on Monday, Hon. Charles Anyanwu was also arrested by Hon. Kelechi Nwogu and they were taken to
Abuja. I want to say that the people of Omuma believe that the charges against them are purely trumped up charges. Defending their interests practically means defending the collective interests
of Omuma people. And we are saying as Omuma people that we are tired of the continued harassment, victimization and intimidation against innocent citizens just because of our support
for Governor Amaechi”, Darlington said.

They further called on the Inspector-General of Police to call his men to order and avoid any form of incursion that is capable of destabilizing the peaceful political climate in Omuma.

Also speaking, an opinion leader and former member of the Rivers State House of Assembly who represented Omuma, Hon. Emmanuel Okatta also expressed huge disappointment and regrets over the harassment, intimidation and unwarranted prosecution of their people by Hon. Kelechi Nwogu who has derailed from what the people sent him to do in the Assembly, to create tension, hatred and harassment and intimidation of innocent citizens of Omuma.

In the same vein, a supervising councilor and Elder Brother of Hon. Kelechi Nwogu, Hon. Nnamdi Nwogu has joined other well-meaning citizens of Omuma to condemn the arrest and intimidation of the PDP members in Omuma

“This act is condemnable. Kelechi is my younger brother, politics is a game of interest but, let me say that anybody involved in this act should retrace their steps. I will call him and advise him. The people of Omuma should support our Governor, Rt. Hon. Chibuike Rotimi Amaechi, We are solidly behind him”, he said.