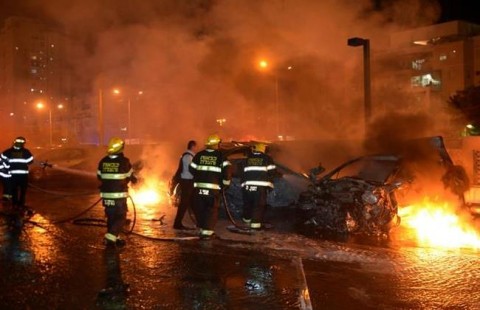 As the offensive by Israel against Palestine rages, the Military has reported explosion in a gas station, in southern Israel on Friday, which erupted following a fired rocked from the Gaza.

Sequel to the blast, huge fire was sighted at the scene, but the rescue and emergency workers were pre-occupied to put out the blaze and take care of the victims.

The rockets which were fired in torrent at the southern port city of Ashdod, 28km north of Gaza, hit a petrol station, injured three people and wrecked many damages to the station. One of the victims was severely injured.

The blast victims have since been taken to the hospital for full medical attention.