Rotation Principle Should Apply In Emergence Of Next NGF Chairman, Says Dickson

Posted by African Examiner Latest News, News Across Nigeria, News From The State Wednesday, May 22nd, 2019 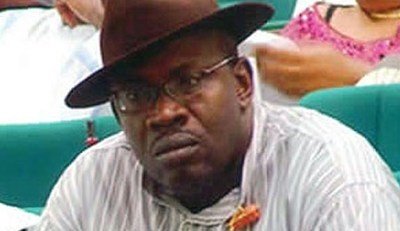 (AFRICAN EXAMINER) – The Governor of Bayelsa State, and Chairman of the South South Governors Forum, the Honorable Henry Seriake Dickson, has called on the 36 Governors of  the Federation to adhere to the principle of rotation in the election of a new leader for the Nigerian Governors Forum.

The Governor said in a statement by his Special Adviser, Media Relations,  Mr. Fidelis Soriwei, that the decision on who should be the next Chairman òf the Forum should be guided by the time tested principle of rotation between the North and South.

The Governor said that the next Chairman  òf the NGF should come from the South with the end of the tenure of Governor Abdulazeez Yari òf Zamfara State.

The Governor added that the Governors elected under the platform of the PDP would not contest the position in consonance with the precedence that the NGF Chairman should be a ranking Governor from the ruling political party.

He stressed that the PDP Governors would not make any move to endanger the time honoured principle guiding the emergence of the Chairman of the NGF.

However, the Governor noted that the next NGF  Chairman should emerge preferably through consensus among the members of the NGF.

He said, “I am calling on the governors who would assemble today to take a decision on the Chairmanship òf the Governor’s Forum to  be guided by the time tested principle of rotation between the North and the South.

“Now that the Alhaji Abdulazeez Yari, Governor òf Zamfara State would be ending his tenure, we expect that the next chairman should come from the South.

“The precedence is that the ruling party produces the Chairman. The PDP Governors have no desire to be disruptive and expect that a ranking Governor from the APC, the party with the majority would be the next chairman.

He congratulated his Zamfara Counterpart on the successful completion of his tenure during which he collaborated with the FG  to address a myriad of issues such as the refund of the Paris club money,  and other issues affecting state finances.”

The Governor  wished him a successful tenure in the National Assembly where he has been elected senator.

“I wish him the very best in the Senate, where he has been elected.