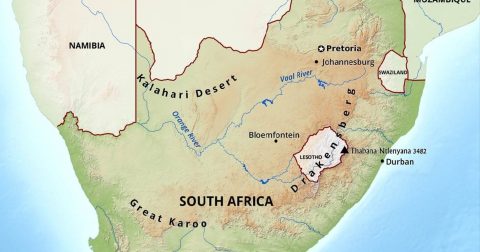 (AFRICAN EXAMINER) – The South African trade union Solidarity has said that it will stage Monday a strike at the Sandton-based Sasol energy and chemical company because of the latter’s staff share scheme, which excludes white employees.

“We have already planned for three weeks of industrial action. However, this will be a clever strike.

“Our 6,300 members are highly trained employees of major strategic importance to Sasol.

“We intend to switch off a different section of Sasol each day by means of well-laid and strategic plans.

“We have the knowledge and influence to achieve that,” Hermann said, as quoted in a statement.

He also expressed a hope that hundreds of people from the local community would join the rally of Sasol employees.

Solidarity has also called on South African citizens not to fill their tanks at Sasol petrol stations on Wednesday in support of the striking workers.

This will be the first time in South Africa’s history that white employees strike over racial exclusion, the union noted.

The South African white minority had discriminated other segments of the country’s society under the apartheid regime until 1994.

After the fall of the apartheid, the white minority faced significant pressure from the previously oppressed parts of the society.

In December, the African National Congress, South Africa’s ruling party, adopted a resolution providing for the redistribution of lands in favor of black South Africans without compensation.

Since then the country’s authorities have been engaged in discussions with the aim of deciding on measures to help implement the plan. (Sputnik/NAN)