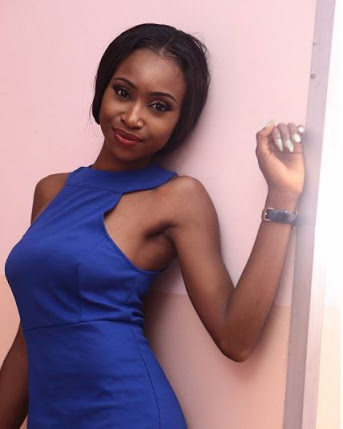 ANAMBRA, NIGERIA (AFRICAN EXAMINER) – The family of recently de- crowned “Miss Anambra 2015”, Chidinma Okeke, has declared that they do not know the where about of the 19-year-old student of Nnamdi Azikiwe University (UNIZIK), Awka.

Okeke, won the Miss Anambra Beauty Pageant put together by the state Broadcasting Service, in 2015.

The 300-level student of Medical Laboratory who hails from Ogboji community in Orumba South council area of Anambra State had been enjoying the benefits of her position until October 11, 2016 when she was unceremoniously stripped of the crown by the organizers of the pageantry, over alleged engagement in lesbianism with another girl.

AFRICAN EXAMINER recalled that Okeke smiled home with a star prize of a brand new car which has also been retrieved from her and parked at the premises of the Radio/TV house in Awka, the Anambra state capital.

But the Managing Director and Chief Executive Officer of the station, Nze Uche Nworah, had claimed that Chidinma was stripped of her crown because “she had served out her tenure in line with the terms and conditions placed by the pageant organizers.”

However, the family which has refused to make any comment on the de- crown saga, broke their silence on Saturday.

Father of the ex- Queen, Sir Jeremiah Okeke, who resides in the commercial city of Aba, Abia State, South East Nigeria, said on Saturday that the family had been going through emotional and psychological trauma since the incident started.

The 65-year-old businessman who said the family had handed over the situation to God, added that “I am confused about the whole thing as of now.

“It is only when I set my eyes on my daughter that I will know about all these, as it stands now, I don’t know where my daughter is.”

“As it stands now, my daughter is still a small girl. I don’t know whether she is still alive or dead

“The life of my daughter is most important to me now, wherever she is, let her be alive for me.”Mr. Okeke insisted.