Saraki in Fresh Trouble as FG Appeals His CCT Acquittal 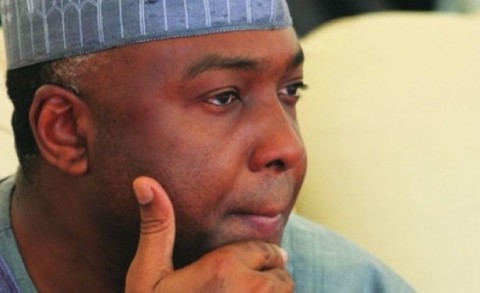 (AFRICAN EXAMINER) – The Federal Government has appealed a court ruling that acquitted the Senate President, Bukola Saraki, of charges of corruption and false declaration of assets.

The Court of Conduct Tribunal last week cleared the Senate President of 13-count charge of corruption levelled against him.

The government yesterday at the Court of Appeal Abuja filed eleven grounds of appeal challenging the judgment of the CCT.

The notice of appeal was signed by Rotimi Jacobs SAN and Pius Akutah, an assistant Chief State Counsel.

The government is seeking an order setting aside the CCT judgment of June 14 that upheld the no case submission filed by Saraki at the close of the prosecution’s case.

The FG also prayed the Court of Appeal for an order calling upon Saraki to enter his defence.

The CCT on Wednesday last week cleared Saraki of the 18 count criminal charges over alleged false asset declaration brought against him.

He therefore upheld the no-case submission made by the defendant’s counsel, Kanu Agabi.

In the notice of appeal which was filed, the government said the judgment was unconstitutional, without jurisdiction, unwarranted, unreasonable and against the weight of evidence.

It argued that the Tribunal failed to analyse and evaluate the evidence of the prosecution witnesses before reaching its no case submission.

The government held that the CCT failed to point out any apparent discredited evidence on the face of the record before upholding the no case submission.

According to the government, the power of the CCT when upholding a no case submission is to discharge Saraki and not to acquit him.

It said the findings of the CCT that EFCC did not invite Saraki was not supported by the evidence tendered by the prosecution which was Saraki’s handwritten statement made after caution.

It said the CCT failed to be bound by the judicial precedent of a superior court of record and has denied the government its right to fair hearing as guaranteed by the Constitution.

It was further stated that the CCT unfairly closed its eye to relevant testimony of prosecution witness and the various documents generated by the Guaranty Trust Bank which were admitted as evidence before the Court./Daily Trust