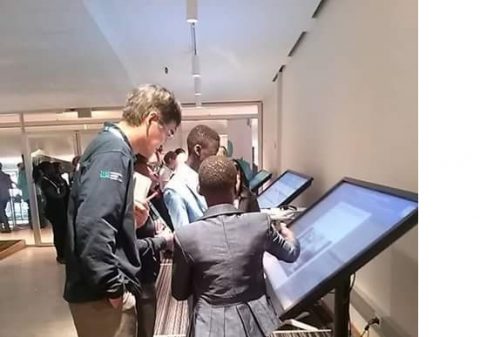 (AFRICAN EXAMINER) – The Ibom Agenda, has welcomed the feat by two Akwa Ibom secondary school children in the just concluded Stockholm Junior Water Prize Competition in Sweden tasking parents and guardians with wards in public schools to see it a feat that should inspire them.

The two students, Master Iniso Edward and Miss Blessing Umoukpong presently schooling in the Akwa Ibom State government owned Northern Annang Secondary Commercial School, NASCO, in Etim Ekpo LGA returned to the country after representing the country in the water competition in Sweden where they took third position among 42 representatives from across the world.

The students had earlier taken the first position in the national competition that took place in Abuja.

“This is a salutary development coming from government run schools and may indicate the improvement in the educational sector. Where commendation should be given, we want to give it to the present administration in Akwa Ibom State.

“However, the feat should be a lesson to parents and the students of government-owned institutions that Akwa Ibom children no matter the schools they attend have the potential to go far only if they focus on their studies.

“While we commend Governor Udom Emmanuel for bringing the positive change that has enabled students from poor homes to have access to quality education and paying the examination fees for all students we, however, charge all parents not to misuse the opportunity and limit their aspirations.

“The lesson from Iniso and Blessing who perhaps never dreamt of even flying in a plane in the immediate future or associating with the best in the world is that anything is possible for any student with determination as the government has now provided the environment for all to succeed.”

“We commend Iniso and Blessing as an inspiration to all Akwa Ibomites and ask them to draw inspiration from them that all things are possible,” the group said.

The Ibom Agenda is a group that helps to articulates governance issues for the promotion of the general good of the people of Akwa Ibom.