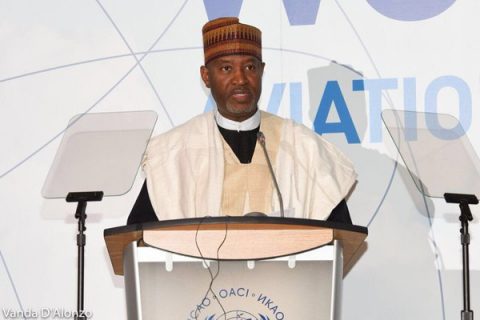 Senate has kicked against the planned closure of the Nnamdi Azikiwe International Airport Abuja by the Federal Airports Authority of Nigeria (FAAN) for six weeks to carry out repairs on its runway.

In stopping the plan slated to commence on March 6, the Senate ordered its committee on Aviation to meet with the Minister of State for Aviation, Senator Hadi Sirika, Minister of Power, Babatunde Fashola, FCT Minister, Mohammed Bello, Chief of Air Staff, Air Marshal Sadiq Abubakar and heads of Aviation agencies  within two days for alternative measures.

The decision followed a motion moved to that effect by Senator Hope Uzodima (PDP Imo West).

Uzodinma in the motion titled; “The Planned Closure of Abuja Airport”, argued that a six weeks outright closure of a major and the only Airport in the Nation’s Federal Capital can trigger untold hardship on international and local air travelers and consequently dent the nation’s image.

According to him, a complete shut-down  of the airport will impact negatively on international trade and related activities, with a multiplier effect that can exact further pressure on an already recessed national economy:

He added that the logistics and security challenges the diversion of Abuja bound flights to Kaduna will throw up, would be too much to cope with by all relevant stakeholders.

He therefore called on the Senate to stop the move as according to him, all other available options have not been exhausted to avoid the total shutdown of the Airport.

Virtually all the Senators who contributed to the debate of the motion  including the Senate President , Bukola Saraki supported it  by summoning the affected Ministers and heads of  relevant Aviation agencies for an alternative way out within the next two days.

Saraki in his remarks said: Where else in the world things are done this way. Idea of total closure of the Abuja Airport is not the best option.

“Therefore the Senate Aviation Committee should meet with the relevant Ministers and heads of Aviation agencies within the next two days for an alternative option and report back to the Senate within a week for final decision over the matter”.