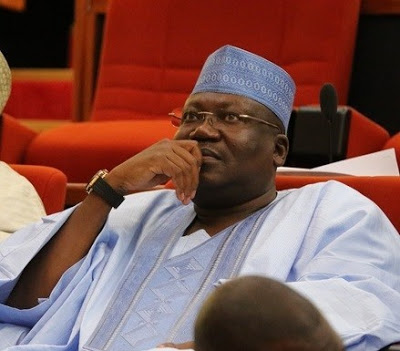 (AFRICAN EXAMINER) – The newly appointed Special Assistant on New Media to the President of the Senate, Ahmed Lawan, Mr. Olu Onemola, has resigned.

The development was contained in a statement issued Sunday in Abuja, by the Special Assistant to Lawan on Media and Publicity, Mohammed Isa.

The statement explained that the resignation was contained in a letter Onemola addressed to the President of the Senate.

Onemola is one of the aides who served the immediate past President of the Senate, Bukola Saraki but re-appointed by Lawan.

Isa said Onemola commended the President of the Senate for the offer to continue to serve and promote the work of the 9th Senate, “which I’m sure is borne out your (Lawan’s) patriotic desire to serve the Nigerian people.”

The statement read in part: “However, at this time, given my antecedents and the controversy this has generated, I would respectfully like to be excused from taking up this national assignment.

“It is my hope that whoever does fill this role will build upon what we have started in terms of opening up the activities of the Nigerian Senate to the public”.

It is confirmed that his boss has since approved the resignation and wished Onemola all the best in his future endeavours.

It would be recalled that Lawan appointed five former aides of his predecessor.

The appointments were contained in a letter to the Clerk to the National Assembly, Mohammed Sani-Omolori, with reference number, NASS/9u./s/SP/APP/A/01 and dated 19th June, 2019

The letter had directed the Clerk to issue their letters of appointment accordingly.

It will also be recalled that another new aide just appointed by Lawan Dr. Festus Adedayo was dropped last week, due to public outcry against his appointment.

Adedayo was considered as a critic of President Muhammadu Buhari administration, thus was deemed unfit to benefit from the Government he has for long nursed unreserved hatred.