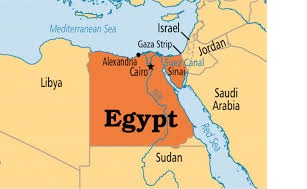 (AFRICAN EXAMINER) – The Egyptian army said an explosive hit an armoured carrier in the volatile northern province of Sinai on Thursday, killing or injuring 10 members of the military.

Among the casualties were two officers and eight soldiers, a spokesman said on the army’s Facebook page without specifying how many people had been killed and how many had been injured.

“The Armed Forces confirm the continuation of their combat acts against terrorist elements to preserve the nation’s security and stability,” the official said.

Egypt has seen a surge in militant attacks since 2013 after the army deposed Mohammed Morsi, the country’s first democratically elected but divisive Islamist president.

Hundreds of Egyptian security personnel have since been killed in attacks, mostly claimed by the Islamic State militant group./NAN