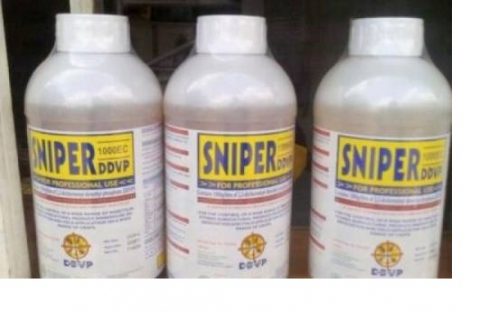 (AFRICAN EXAMINER) – Less than a month a 400-level student of the Department of English and Literary Studies, University of Nigeria, Nsukka (UNN),Chukwuemeka Akachi, committed suicide, another final year student of the institution, Mr Samuel Elias has killed himself in same manner.

The deceased, who until his death was a student of the department of Religion and Culture of the university, committed suicide by drinking Sniper, a toxic insecticide.

It would be recalled that Akachi, who hails from Eha- Alumona, community in Nsukka local government area of Enugu state, took his life sometime in May this year.

Mother of Samuel, Mrs. Kate Elias, a staff of the university who broke the news, told newsmen on Thursday that the unfortunate incident happened on Monday June 17,  around 5.30pm in her house at Justina  Eze Street Nsukka.

She said “I came back from work on that fateful day and discovered that the mood of my first child was bad, he was staggering when he came to collect a bottle of coke from the fridge.

“I followed him immediately to his room and started talking to him but he could not respond and when I look closely his teeth has tightened up.

“As I look around I saw empty sniper bottle, at this point I raised alarm and my other children rushed to the room and we tried to give him red oil but his tightened teeth will not allow the oil enter his mouth,”

Mrs. Elias, mother of seven added that her 25- year old son could have died of depression, noting that he had been lamenting his inability to graduate from UNN because of his final year project which one course was holding him.

Besides, she said her late son had not been happy how his late father’s family had abandoned them since the death of their father.

‘”I know two things he usually complained, his inability to graduate from UNN since 2016 because of the project that he has not finished as his classmates have all gone to the National Youth Service Corps (NYSC).

“As well as how  his father’s family in  Ihechiowa in Arochukwu local government of  of Abia state abandoned them and their mother since their father died.

“Whenever he complained of these things I usually advice him to trust God who is capable of solving every problem.
“I do not know why he went to this extent of committing suicide, I have seven children he is my first child.

“it still looks like a dream to me that my first son and first child has died, ” she said in tears.

Reacting to  the incident, the Head of Department of Religion and Culture  UNN, professor Tagbo Ugwu, who expressed shock on the sad news , said somebody called him and told him about the unfortunate incident.

He said: “I received the news with rude shock and  surprise, i
will find out from his supervisor what is wrong from the project that has stopped him from graduating,.

“The police is aware of Samuel Elias death,  a final year student of department of Religion and Culture in UNN  who committed suicide on Monday by drinking  sniper, police will investigate circumstances surrounding the death, ” he stated.

As at the time of filling this report UNN management was yet to make any official comment on the ugly development .