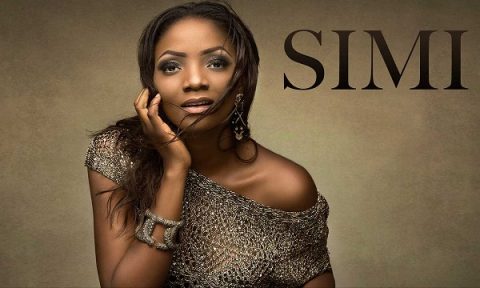 Afolayan, a multi award winning filmmaker best known for his renowned work `Figurine’, released a statement confirming the news on his Instagram page @Kunleafo on Monday.

The statement the agreement was formalised on Sunday at Afolayan’s home following Simi’s agreement to do the film after studying the script for one week.

“The sonorous singer returned with a ‘Yes’ to Afolayan’s Golden Effects’ office after a week of studying the script, cannot wait to make her debut on the big screen.

“Mokalik (Mechanic) follows the career of an 11-year-old boy, Jaiye, from the middle-class suburbs who spends the day as a lowly apprentice at a mechanic workshop.

“He wants to view life from the other side of the tracks.

“From the moment a melancholic Jaiye is dropped off at the mechanic workshop by his father, Ogidan, it is obvious he doesn’t want to be there.

“Jaiye stands out like a sore thumb in the workshop as he commences his apprenticeship under various mechanics.

“Along the way, he meets other apprentices, some of whom take a liking to him and others who dislike him.

“Simi will be playing Simi; daughter of a Buka (cafeteria) owner whose character holds a significant part in the movie plot,” Afolayan said.

Afolayan further noted that `Mokalik’ was a slight departure from the flicks he had shot in the past such as `Figurine’ and `Roti’.

He added that there would be two versions of the film, one for the Nigerian market – the other for the international market.

With a screen-play by Tunde Babalola, Afolayan revealed that inspiration for the story came during his constant visit to the mechanic workshop where he refurbished his much publicised Vintage car (Thunderbird Ford 1965).

He said that the film title, a Yoruba corrupt pronunciation of mechanic is from a scene in one of his late father (Ade Love)’s classic, `Taxi Driver’.

“Visiting the mechanic workshop after about 15 years opened my eyes to a lot of things that I believe the world should know about our local auto car repairs industry,” he said.

In the all-Yoruba cast movie, Simi would be acting alongside notable actors like Femi Adebayo, Ayo Adesanya, Faithia Williams and Lateef Oladimeji.

Simi, whose album `Simisola’ is presently receiving rave reviews from fans, also took to her Instagram page @simplysimi to confirm the news.

She shared a picture of herself and Afolayan with the caption, “@Kunleafo and a girl with a script she likes very much.”

Simi started her career as a gospel singer, releasing her debut studio album in 2008 titled `Ogaju’.

The sensational singer came into spotlight in 2014 after she released `Tiff’, a song which was nominated in two categories at The Headies 2015 and further brought her to mainstream recognition.  (NAN)