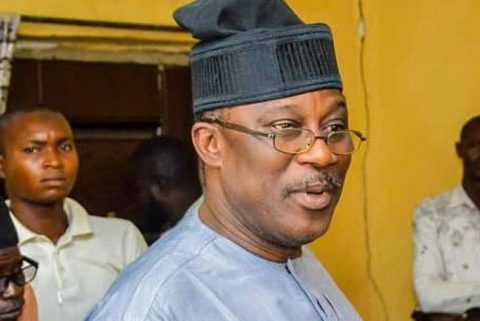 (AFRICAN EXAMINER) – Senator Smart Adeyemi, the candidate of the All Progressives Congress (APC) has been declared winner of the Kogi West senatorial district election.

The Returning Officer of the election, Professor Olajide Lawal, announced on Saturday in Kogi State that Senator Adeyemi polled a total of 88,373 votes to defeat Senator Dino Melaye of the People’s Democratic Party (PDP) who scored 62,133 votes.

The Saturday’s election was a supplementary poll conducted by INEC following the November 16 rerun election that did not produce a winner.

“As it stands today, the broom has swept away the entire 16 Senators, Dino being the last, who tried to destabilise our democracy for their personal interest, jettisoning the interest of the electorate,” the APC National Chairman, Adams Oshiomhole, said in his reaction to the outcome of the election.