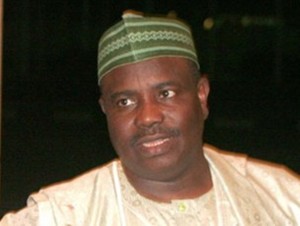 Speaker of the House of Representatives, Hon Aminu Waziri Tambuwal has described the killing of dozens of students at the College of Agriculture, Gujba, in Yobe State as ignoble, wicked and horrendous.

He said the latest act, coming barely two months after a similar incidence at the Government Secondary School, Mamudo, also in Yobe State, has gone beyond the realm of humanity because no reason can justify such dreadful acts.

In a statement issued in Abuja by his Special Adviser on Media and Public Affairs, Malam Imam Imam, Tambuwal tasked security agencies to redouble their efforts and change their tactics especially now that those engaged in the killings have increased their attacks on softer targets.

He said the only way to console the families of the victims and Nigerians is by fishing out perpetrators of the dastardly act and bring them justice.
“We in the House of Representatives feel the grief and pain of the families of the victims. In this their hour of need, we will stand with them hand in hand, shoulder to shoulder. We want to assure them that as brothers, we will continue to confront the threats of terror confronting our nation, and we know we will come out stronger, and victorious.”
While expressing sympathy with the families of the victims, Tambuwal urged Nigerians to be more vigilant and to help security agencies with useful information that will help to secure their areas.
Malam Imam Imam @imamdimam