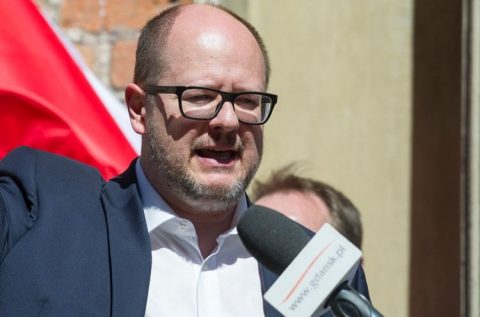 (AFRICAN EXAMINER) – The Mayor of the Polish city of Gdansk Pawel Adamowicz has died in hospital, exactly a day after being stabbed at a charity event.

Adamowicz, 53, was attacked on stage in front of hundreds of people Sunday.

He was after taken to hospital for stab injuries and underwent five hours of surgery at a local hospital.

Meanwhile, a 27-year-old with a criminal record has been arrested over the attack. Police believe he used a media pass to gain access to the stage.

Television footage from the event showed the suspect rushing to the stage and stabbing the mayor several times.

He then shouted to the crowd before being tackled to the ground and arrested.

Paramedics tried to resuscitate Mr Adamowicz at the scene, before transferring him to a hospital.