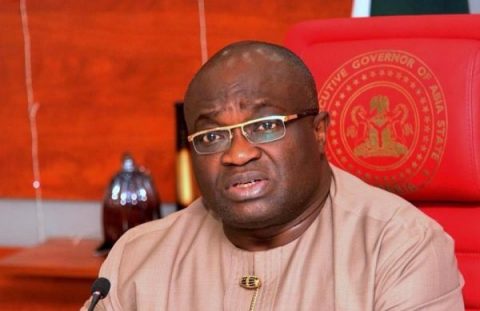 The affirmation was made Friday by the three-man panel of the apex Court headed by the Chief Justice of the Federation (CJN) Justice Walter Onnoghen.

Governor Ikpeazu’s rival and plaintiff is challenging the respondent on the alleged falsification of tax papers filed by the incumbent Governor ahead of the state’s PDP Governorship primary in December 2015.

It would be recalled that Ogah had earlier lost the suit at the Appeal court.

The controversy started last year when a Federal High Court in Abuja upturned the election of Governor Ikpeazu, directing the INEC to immediately issue Certificate of Return to Mr. Ogah.

INEC complied to the Court’s order, but Ikpeazu approached the court and filed application for stay of execution, hence the raging stalemate and legal battles till the apex court ruling Friday.

The CJN in his ruling held that the suit was as a ”storm in a teacup”. Consequently, he ordered that the case should not have been entertained in the first place.

He urged politicians to stop attempt to influence the judiciary, citing security breach, which he added would be investigated by the court.