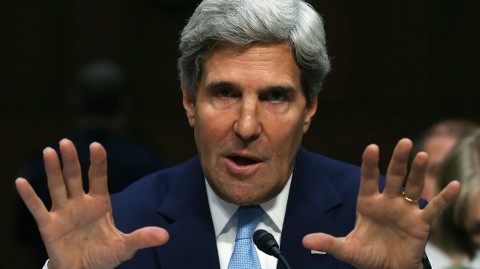 In a phone conversation with Sergei Lavrov, Mr. Kerry said the US held Russia responsible for the use of incendiary and bunker bombs against the city.

According to BBC, the US State Department said it was making preparations to suspend talks.

Aleppo has recently come under heavy aerial bombardment since the end of a ceasefire a week ago.

Report said some 250,000 people were trapped in the rebel-held east of the city. It is also said that the victims are under siege from Russian-backed Syrian government forces, which have launched a fierce campaign to recapture the area.

In addition, US has accused Russia of involving in strikes on civilian targets and possibly committing war crimes.

A conclusive peace talk to revive a fragile peace agreement, between the US and Russia has been locked, as the former alleged last week that Russia had openly lied to the UN about its intentions.