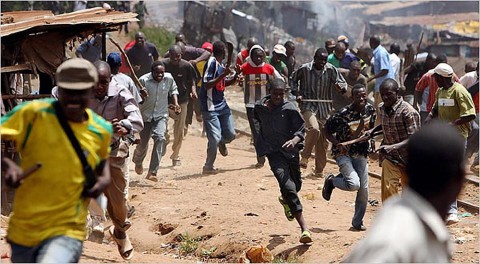 Ten persons have been reportedly killed during an early morning attack, in the Zama Dede and Ganlang villages of Pilgani District in Langtang, Northern part of Plateau State

African Examiner gathered that the attackers who were suspected to be Fulani herdsmen stormed the villages around 2am midnight on Monday and started shooting sporadically as well as burning houses. 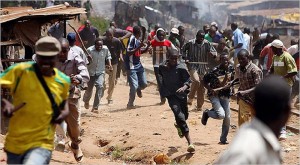 Among those killed our correspondent gathered were a 45 year-old mother, her little son and a pregnant woman.

African Examiner’s investigation revealed that, the attackers came in army uniform and were speaking” Fulfulde” dialect.

An eyewitness who lost two members of her family, Mrs Hosea mourned and said, “it is sad that this Fulani came to kill innocent lives in their sleep”, indicating that the invaders also threatened the Boggwom in Kafel,Tabo and Yipmong. African Examiner learnt that there is concentration of the Fulani tribe around Lamba-gyambar.

Reacting to the situation, a member representing Langtang North and South Constituency in the House of Representatives, Hon. Beni Lar expressed worry over the bloody development which left scores dead and property worth millions of naira destroyed.

The lawmaker in a chat with newsmen at her family residence in Jos expressed regret that the attack has upset the peace being enjoyed by the people.

She described the affected communities as peace loving and hardworking farmers noting that the Langtang North and South Local Governments depended on farming.

Lar decried why some people would be so cruel in taking lives of innocent citizens, particularly at the time the Federal Government through the National Conference was trying to find a lasting solution to farmers/herdsmen clashes.

She appealed to the residents of the affected community to remain law abiding as government was doing its best to see that ranches were created to avoid further farmers/herdsmen’s feud.

When African Examiner contacted the State’s Police Public Relation Officer, DSP Abu Emmanuel, stated (as at the time of filing this report) he has not received any report relating to the latest violence, but added details would come as soon as the DPO of the area confirmed it.