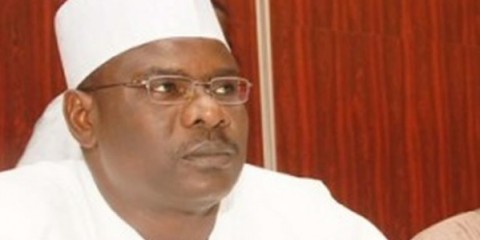 Federal High Court, Abuja, on Tuesday granted an application by the Federal Government to call two additional: MTN and a forensic expert to testify against Senator Aliyu Ndume, who is facing charges of sponsoring the violent Islamic fundamentalist sect, Boko Haram. 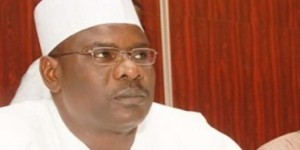 Justice Gabriel Kolawole, after dismissing Ndume’s opposition to the prosecution’s application on Tuesday, gave the Federal Government seven days to file its additional proof of evidence and serve same on the defence.

Ndume had through his lawyer, Mr. Rickey Tarfa (SAN), argued that the request to call additional witnesses by the prosecution was “a ploy to bring back through the back door”, exhibits which the Court of Appeal had ruled were wrongly admitted by the trial court.

But Justice Kolawole held that the ruling of the Court of Appeal, Abuja Division, delivered by Justice Amiru   person had appealed against its admission in evidence.

The Exhibits P7, P8, P8A and P8B were said to be DVDs containing results of the forensic analysis of two mobile telephones said to be retrieved from Ndume and Ali Konduga.

Konduga (aka Al Zawahiri), who had been convicted of terror charges, was said to be a former spokesman for Boko Haram.

Justice Kolawole ruled on Tuesday that, though it was an elementary knowledge in law that an exhibit that had been marked rejected could not be re-tendered in the same proceedings, the exhibits which the prosecution sought to call additional witnesses for, were not the same marked rejected by the Court of Appeal.

“The court cannot anticipate what the proposed witnesses of the prosecution are coming to say,” Justice Kolawole added on Tuesday.

The judge ruled, “In the light of this, it will be an unjudicial exercise of discretion by the judge to shut out or to shut down the evidence to be tendered by the proposed witnesses.”

Justice Kolawole dismissed Ndume’s other grounds of objection, among which was that the prosecution failed to give details of the proposed witnesses, especially the one from MTN, including their names, addresses, status and areas of expertise.

Counsel to Ndume had also urged the court to refuse the prosecution’s application because it constituted an abuse of court process because the additional proof of evidence sought to be filed by the prosecution was baseless.

The court however upheld the submissions of the Federal Government’s counsel, E.A Orji, to the effect that the prosecution was not bound by law to file proof of evidence in a criminal trial at the Federal High Court.

“The court cannot exert on the prosecution what is not imposed by law,” the court ruled.

The court added that the defence ought to focus on the “materiality and the relevance” of the evidence to be given by the witnesses, rather than bothering itself with the details of the witnesses.

The court added that the defence was at liberty to ask for an adjournment if it becomes handicapped to cross-examine the witnesses due to lack of sufficient information about the witnesses which had been withheld by the prosecution.

Senator Ndume was arraigned on four counts of terrorism, after he was implicated by Konduga, who had since been convicted and sentenced.

The Court of Appeal had in its December 17, 2013 ruling declared as wrongful, the admission in evidence of the DVDs which contained the records of mobile telephone exchanges between Ndume and Konduga.

The appellate court ruled that the prosecution failed to comply with the condition precedent as required under Section 84(1) and (2) of the Evidence Act 2011 (as amended) in relation to the admission of computer generated evidence.

But the call data records had revealed a total of 73 mobile telephone conversations between Ndume and Konduga from October 3, 2011 to November 3, 2011.

The call data records were obtained after a forensic analysis of a Nokia E7 phone said to belong to Ndume, and a Nokia 2700 belonging to Konduga

Three prosecution witnesses had already testified in the case and the trial will on June 30, July 1 and 9.