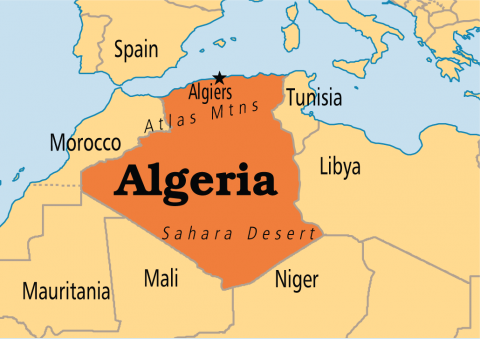 (AFRICAN EXAMINER) – A Senior Terrorist Official activating in the Sahel Region surrendered to the Algerian Military Authorities on Monday, according to Algerian Defence Ministry statement on Tuesday.

“As part of the fight against terrorism and thanks to the efforts of the National People’s Army, a dangerous terrorist senior official at one of the terrorist organisations activating in the Sahel region, laid down his arms to the military authorities in the southernmost province of Tamanrasset,’’ reads the statement.

He was identified as A. Moultafa, alias Abu Aissa, who joined the terrorist camps in 2015, the source said, adding that he had in his possession a PKT type heavy machine gun and a quantity of ammunition.

Algeria has deployed tens of thousands of troops on the southern and eastern borderline, in a bid to thwart the intrusion of terrorists, amid instability reigning in Mali and civil war hitting Libya.

The North African nation has also opened safe routes along its southern border, to encourage Algerian militants who joined terrorist fiefs in the Sahel region to lay down arms, in exchange for fair trials.