The Financial Reporting Council of Nigeria Report That Nailed Sanusi 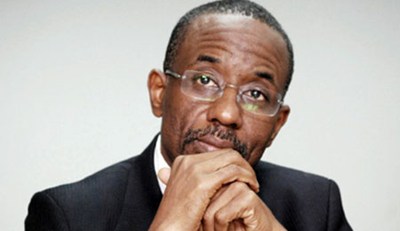 The report in full:

Persistent refusal and/or negligence to comply with the Public Procurement
Act in the procurement practices of the Central Bank of Nigeria.

(A) By virtue of Section 15 (1)(a) of the Public Procurement Act, the
provisions of the Act are expected to comply to ‘all procurement of goods,
works and services carried out by the Federal Government of Nigeria and
all procurement entities.’ This definition clearly includes the Central
Bank of Nigeria.

(B) It is however regrettable that the Central Bank of Nigeria, under his
leadership, has refused and/or neglected to comply with the provisions of
the Public Procurement Act (PPA). You will recall that one of the primary
reasons for the enactment of the PPA was the need to promote transparency,
competitiveness, cost of effectiveness and professionalism in the public
sector procurement system.

(C) Available information indicates that the Central Bank has over the
years engaged in procurement of goods, works and services worth billions
of Naira each year without complying with the express provisions of the
PPA.

(D) By deliberately refusing to be bound by the provisions of the Act, the
CBN has not only decided to act in an unlawful manner, but has also
persisted in promoting a governance regime characterised by financial
recklessness, waste and impunity, as demonstrated by the contents of its
2012 Financial Statements.

(A) the unacceptable level of financial recklessness displayed by the
leadership of the Central Bank of Nigeria is typified by the execution of
‘Intervention Projects’ across the country. From available information,
the bank has either executed or is currently executing about 63 such
projects across the country and has committed over N163billion on them.

(B) it is inexcusable and patently unlawful for any agency of government
to deploy huge sums of money as the CBN has done in this case, without
appropriation and outside CBN’s statutory mandate. It is trite that the
expenditure of public funds by any organ of government must be based on
clear legal mandates, prudent costing and overriding national interest.

(A) pursuant to Section 50 of the CBN Act 2007, a copy of the audited
financial statements of the CBN for the year ended 31st December 2012 was
sent to Mr. President. Based on the issues raised in the financial
statement, a reaction was requested from you to enable a proper
appreciation of the nation’s economic outlook.

(B) the response to this query was further referred to the Financial
Reporting Council of Nigeria. The review by the council, rather than allay
the fears of government, further confirmed concern bout the untidy manner
in which you have generally conducted the operations of the CBN.

Some of the salient observations arising from the review are;

(A) in a most ironical manner, it has become obvious that the CBN is not
able to prepare its financial statements using applicable International
Financial Reporting Standards (IFFS) whereas Deposit Money Banks that the
CBN is supervising have complied with this national requirement since
2012.

Undoubtedly, this laxity on the part of our apex bank, apart from calling
to question its capacity for proper corporate governance, is capable of
sending wrong signals to both domestic and international investors on the
state of the Nigerian economy.

(B) the provisions of the Memorandum of Understanding (MOU) signed by the
CBN and other Deposit Money Banks on Banking Resolution Sinking Fund have
been breached in a material manner. For example, a Board of Trustees (BOT)
to manage the Fund has not been constituted since 2010 when it was
established. The CBN has however continued to utilise the Fund for certain
operations without approval of the said BOT.

(C) contrary to section 34 (b) of the CBN Act 2007 which provides that the
CBN shall not, except as provided in Section 31 of the Act, inter alia,
purchase the shares of any corporation of company, unless an entity set up
by the approval or authority of the Federal Government,m CBN in 2010,
acquired 7% shares of International Islamic Management Corporation of
Malaysia to the tune of N0.743 billion. This transaction was neither
brought to Mr. President’s attention nor was a board approval obtained
before it was entered into.

(D) the CBN has failed or refused to implement the provisions of the
Personal Income Tax (Amendment) Act 2007. Accordingly the Pay-As-You-Earn
(PAYE) deductions of its staff are still being computed in accordance with
the defunct Personal Income Tax Act 2004, thus effectively assisting its
staff to evade tax despite the generous wage package in the CBN, relative
to other sectors of the economy.

(E) the CBN had an additional brought forward to General Reserve Fund of
N16.031bn in 2012 but proceeded on a boy age of indefensible expenses in
2012 characterised by inexplicable increases in some heads of expenditure
during the year. Examples include:

2. The CBN claimed to have expended N20.202bn on ‘Legal and Professional
Fees’ in 2011 beyond all reasonable standards of prudence and
accountability;

3. Between expenses on ‘Private Guards’ and ‘Lunch for Policemen’, the CBN
claimed to have spent N1.257 billion in 2012;

4. While Section 6(3)(c) of the CBN Act 2007 provides that the board of
the CBN is to make recommendations to Mr. President on the rate of
renumeration to Auditors, the bank has consistently observed this
provision in breach and even went to the extent of changing one of the
Joint External Auditors without notifying the office of the President.

5. In the explanations offered by the CBN pursuant to presidential
directives, it offered a breakdown of ‘Currency Issue Expenses’ for 2011
and 2012. Interestingly, it claimed to have paid N38.233bn to the Nigerian
Security Printing and Minting. Company Limited (NSPMC) in 2011 for
‘Printing of Banknotes.’ Paradoxically however, in the same 2011, NSPMC
reported a total turnover of N29.370bn for all its transactions with all
clients (including the CBN).

Questionable write-off of N40bn loans of a bank

The above issues are only a few of the infractions highlighted by the
review and which point to the gross incompetence and recklessness which
characterised the operations of the CBN in the period under review.

However, the CBN also claimed that it paid Air Charter, such as payments
to Emirate Airline (N0.511bn), Wing Airline (N0.425bn) and Associated
Airline (N1.025bn) to distribute currency by air nationwide. Emirate
Airline does not fly local charter in Nigeria, Wing Airline is not
registered with Nigeria Civil Aviation Authority and Associated Airline
does not have a billion turnover for 2011 because upon enquiry, the
management claimed that they have no financial statements and have not had
any significant operations for the past two years that will warrant
preparation of financial statements.

Other areas of fraudulent activities include

2. Foreign Bank accounts that have been closed offshore were still
operational in the General Ledger for over six months after they have been
confirmed as closed accounts by the offshore banks.

3. The “Know Your Customer” policy is not properly followed by the CBN to
the extent that the CBN has unknown customer with account balance of
N1.423bn since 2008. The CBN claim that it is taking steps to obtain the
required details regarding the address of the customer.