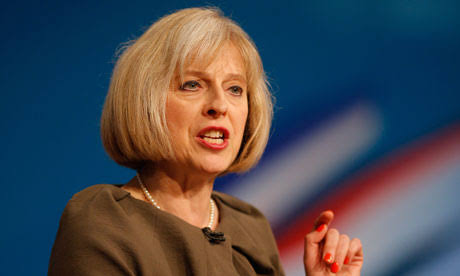 BALTIMORE, MD (AFRICAN EXAMINER) – The United Kingdom (UK) new Prime Minister (PM) Mrs. Theresa May has pleged to run an inclusive government which will to lead a “one nation” and work for all, not just the “privileged few”.

In her maiden speech later Wednesday, after being appointed by the Queen outside 10 Downing Street May, with her husband, Phillip, standing behind stressed it was her mission to “build a better Britain”.

The new PM promised to give people who were managing and “working around the clock” more control over their lives.
She did a recap of the “precious bond” between England, Scotland, Wales and Northern Ireland and every British citizen.

This, she stated signifies fighting against the burning injustice that anyone born poor will die on average nine years earlier than others.

“When we take the big calls, we’ll think not of the powerful, but you.
“When we pass new laws, we’ll listen not to the mighty, but to you. When it comes to taxes, we’ll prioritise not the wealthy, but you.

“When it comes to opportunity, we won’t entrench the advantages of the fortunate few, we will do everything we can to help anybody, whatever your background, to go as far as your talents will take you” May decalred.

Mrs May who emerged the UK female PM after the pioneer, Magreat Thatcher paid tribute to her predecessor, David Cameron, reiterating that he had been a “great, modern” PM.