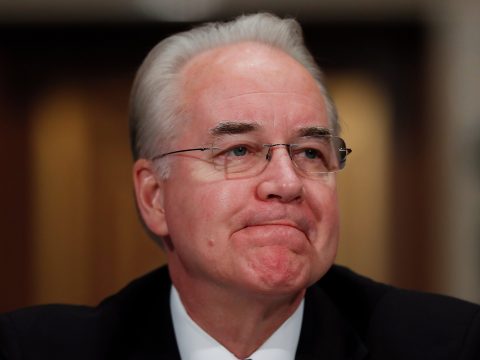 (AFRICAN EXAMINER) – The health and human services secretary Tom Price has resigned, after revelations that he spent more than $1m of taxpayers’ money on travel including chartered flights.

Price, already in a precarious position with the president after repeated failures to repeal the Affordable Care Act, had come under fire for spending so much money on private flights instead of commercial travel. On Thursday, he apologized for taking the flights and offered to reimburse the treasury for the relevant costs.

In statement on Friday, the White House said Price offered his resignation and Trump accepted it. Trump had teased the news, telling reporters an announcement was forthcoming.

Trump called Price a “very fine man” but said he did not like the “optics” of members of his cabinet – the wealthiest ever assembled – flying at great expense to taxpayers.

“I’m not happy, OK?” Trump said, before departing Washington to spend the weekend at his New Jersey golf club. “I can tell you, I’m not happy.”

The statement said Trump intended to tap Don Wright to serve as acting secretary, starting at midnight on Friday. Wright is currently deputy assistant secretary for health and director of the Office of Disease Prevention and Health Promotion.

In a copy of his resignation letter posted to Twitter, Price thanked Trump for the “opportunity to serve the American people”.

“I have spent 40 years both as a doctor and public servant putting people first,” he wrote. “I regret that the recent events have created a distraction from those important objectives.”/The Guardian