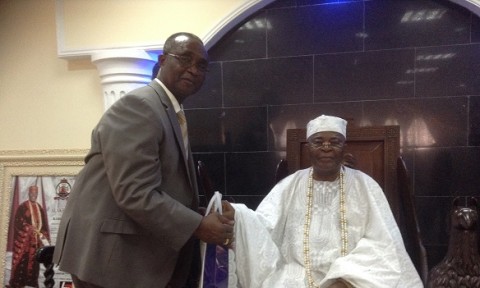 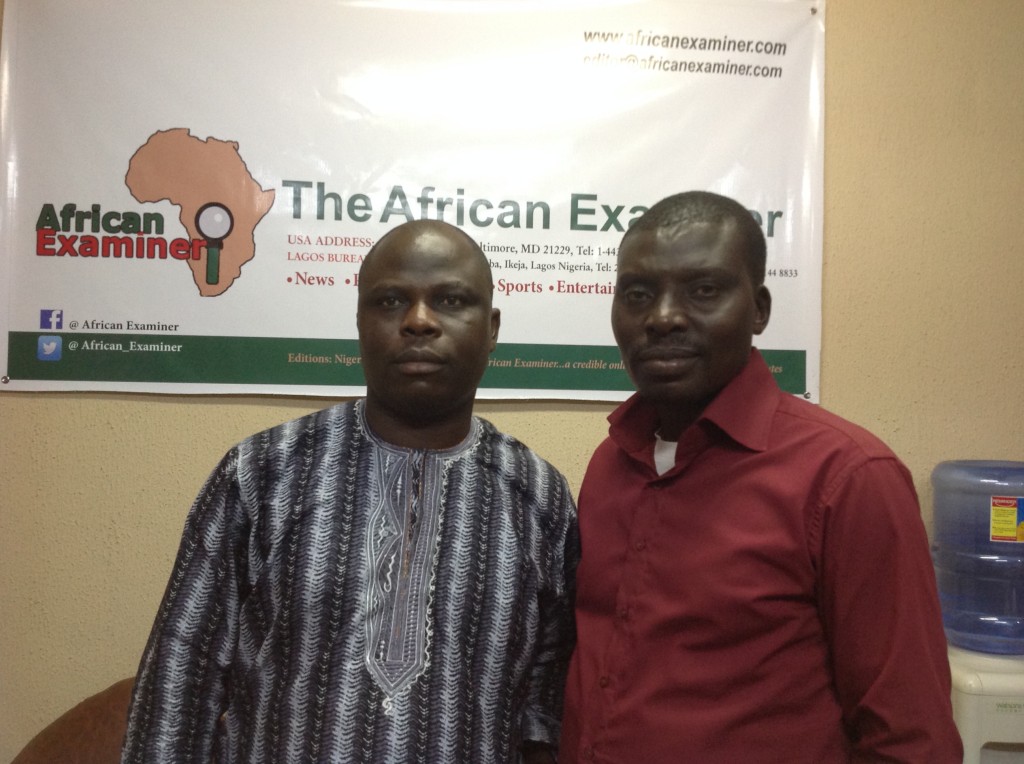 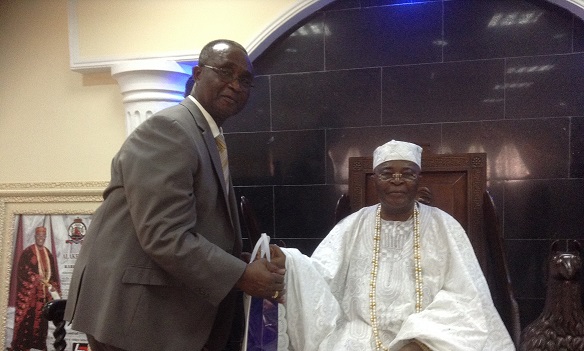 The President of the Nigerian Council of Registered Insurance Brokers, Mr Ayodapo Shoderu making a presentation to the Alake of Egabland, Oba Adedotun Aremu Gbadebo during his visit to his palace in Abeokuta, on Wednesday, November 20, 2013

The campaign for enhanced insurance awareness in Nigeria has received a boost with the endorsement of insurance as a pivotal risk mitigation device by the Alake of Egbaland, Oba Adedotun Aremu Gbadebo. 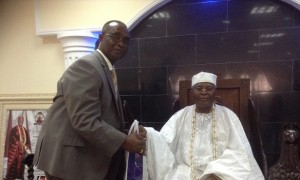 The President of the Nigerian Council of Registered Insurance Brokers, Mr Ayodapo Shoderu making a presentation to the Alake of Egabland, Oba Adedotun Aremu Gbadebo during his visit to his palace in Abeokuta, on Wednesday, November 20, 2013

Speaking while receiving a delegation of the Nigerian Council of Registered Insurance Brokers (NCRIB), led by its President, Mr. Ayodapo Shoderu in his palace, Oba Adedotun Gbadebo said pervasive ignorance of the people about insurance and its benefits was responsible for the avoidable pains experienced when they suffer losses.

The Alake of Egba-land said insurance is about utilizing little quantum of money to redeem large losses, urged Nigerians to reverse their past noxious beliefs about insurance, going by the ongoing reformation moves by the industry.

The traditional ruler however expressed confidence in Mr. Shoderu whom he described as a consummate insurance practitioner, considering his vast knowledge and pedigree in the industry both in Nigeria and overseas.

Earlier, the NCRIB President had urged royal fathers in the country to utilize their vantage positions to enlighten their subjects on insurance for their enhanced wellbeing.

“As opinion moulders in the society, our royal fathers could assist the industry through continuous enlightenment of their subjects on the value of insurance in securing their lives and property against unforeseen circumstances”, Shoderu noted.

He said one of his thrusts of office as president was to facilitate better relationship with strategic stakeholders in the society in order to reverse the trend of poor public perception of the insurance industry.

In a similar vein, the Oba of Idena Remo in Ogun State, Oba Omosanya Akinyemi has counseled the insurance practitioners to localize insurance concepts and policy wordings in order to enhance its appreciation by vast proportion of Nigerians.

Akinyemi noted that insurance was not alien to the African societies as wrongly believed in some quarters, noting that the African culture was robust because of its communal nature, of which insurance was a prominent feature.

He posited that for the insurance industry to fully utilize its potentials sufficiently in the country, the operators must see the need to focus more on the vast population domiciled in the rural areas through micro insurance.