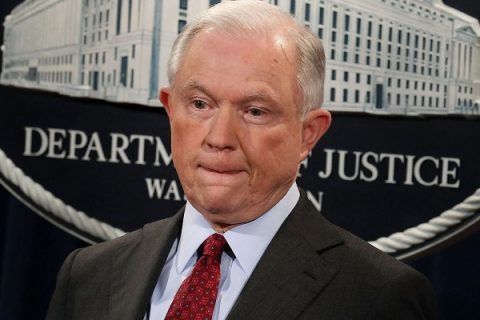 (AFRICAN EXAMINER) – Attorney General Jeff Sessions resigned on Wednesday at President Trump’s request, ending the tenure of a beleaguered loyalist whose relationship with the president was ruined when Sessions recused himself from control of the investigation of Russian interference in the 2016 presidential campaign.

In a letter to Trump, Sessions wrote he had been “honored to serve as Attorney General” and had “worked to implement the law enforcement agenda based on the rule of law that formed a central part of your campaign for the presidency.” Trump tweeted that Sessions would be replaced on an acting basis by Matthew G. Whitaker, who had been serving as Sessions’s chief of staff.

“We thank Attorney General Jeff Sessions for his service, and wish him well!” Trump tweeted. “A permanent replacement will be nominated at a later date.”