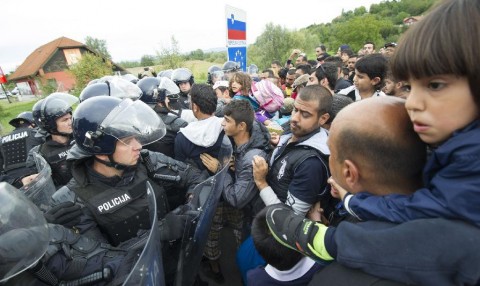 The move appears to mark the first successful legal challenge to the Trump administration and affects those who have arrived in the U.S. or were in transit with valid visas, according to CNN.

The court ruled on a habeas corpus petition filed by the American Civil Liberties Union (ACLU) on behalf of two Iraqi men who were detained at John F. Kennedy International Airport on Friday after Trump’s ban, The Verge reported Saturday night.

Since then both men, Hameed Khalid Darweesh and Sameer Abdulkhaleq Alshaw, have been granted entry to the U.S.

The ruling deals with a portion of Trump’s order handed down Friday, which bars Syrian refugees indefinitely and halts the resettlement of all refugees for four months as the administration reviews the vetting process.