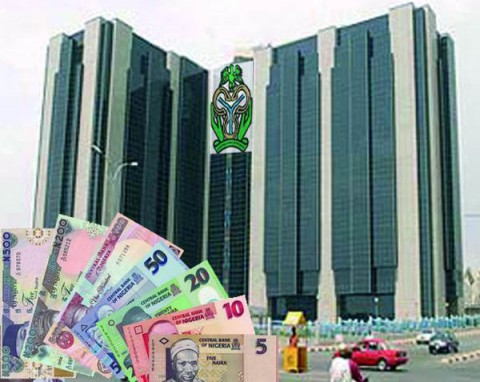 The Senate Wednesday ordered termination of contract the Central Bank of Nigeria (CBN) had with Systemspecs, an e- revenue collection platform for the Treasury Single Account (TSA) operation.

The upper Legislative Chamber also directed that the apex bank should remit N656.5million to Systemspecs as its own commission for the N800billion revenue remitted into TSA accounts as at October last year , as against N7.6 billion earlier collected by the firm based on 1% commission charges.

Senate also resolved that rather than the alleged fraudulent 1 per cent commission charges on any amount wired into the account by any of the e- payment platforms, that N700 be paid as commission on any transaction made by them.

The resolutions followed the consideration of reports of Senate’s Joint Committee on Finance, Banking, Insurance and Public Accounts which carried out investigation on alleged N25billion commission charges collected by REMITA, an e- collection platform of Systemspecs on revenues remitted into TSA accounts.

Senate in approving all the 10 recommendations made by the joint committee as presented by the Chairman, John Enoh (PDP Cross River Central), also directed that the CBN should ensure total refund of the portion of deductions retained by it and affected Deposit Money Banks.

It also directed the CBN to open up the space to other e- collection providers for competition, effectiveness, efficiency and greater robustness.

Senate further directed that all agreed fees and payments for e-collection service should not be borne by MDAs but provided and disbursed from a central pool .

In his remarks after the Senate resolutions, the Senate President, Bukola Saraki said Senate’s action on the TSA operation was not against the idea per see , but finding out how it is been managed to save the Nation from any sharp practices.

He said: “I think that the message we are sending out today is very clear that our interest lies in ensuring proper use of funds, this senate will stand firmly for that and this goes back to the issues where people wonder the usefulness or value of the parliament and I think this is a good example, by this action, this country is saving close to between N22 to over N30 billion which is higher than the appropriation of a lot of Ministries , Department and Agencies of Government ( MDAs).

“When motion for this investigation was raised in October last year, a lot of noise was made that it was just because the Senate didn’t want to support TSA, but this report categorically applauds the TSA but the issue is that the cost of doing the transaction should not undermine the good purpose of the TSA and I think that was what we have done today

“We will have to ensure that the respective agencies particularly CBN must refund this money complying strictly with this observations and recommendations of the senate.

“It is mind buggling to see the kind of money that would have just gone away to bribing peoples hands if not because this motion came I want to encourage our colleagues to ensure that despite the kind of blackmail that we received in doing our work, we should follow the examples that has been shown by these three committees that when we have this sort of issues we must stand for what we believe is right.

The SystemSpecs boss who gave graphic details of how his firm ran into trouble waters with CBN over the charges, lamented that the latest development, portrayed them as being used and dumped by the FG on the laudable exercise.

His words: “On September 14, 2015, the OAGF had expressed concern at a project review meeting about the fees considering the enlarged scope of the project. SystemSpecs was not averse to price renegotiation. We wrote to the CBN that we are open to renegotiation and that an all stakeholders meeting be convened.

“Three weeks later on October 7, we wrote again that an all stakeholders meeting should be convened to review processing fees.

“Two weeks later on October 27, we were instructed by the CBN to refund all fees that have accrued to us in accordance with the contract.

“We strategically chose to comply within 24 hours of receipt of their letter as we did not want to allow the issue of fees in the heat of the moment to becloud the work we have done in the delivery of TSA for Nigeria. While refunding our own portion of the fees as demanded by the CBN however, we accompanied the refund with a fairly worded letter stating why the fees legitimately earned in line with our contract should be refunded to us.

“On November 11, two weeks after refunding all fees and operating zero fees at the risk of a legal battle with other stakeholders, without hearing our own side of the story, we were erroneously accused of fraud, abuse and mismanagement of the TSA on the hallowed chambers of this highly respected Senate.

‘To say the least sir, we feel used, abused, unappreciated and abandoned by the country for which we stuck out our necks and faith to deliver the platform that made the TSA possible, which in other climes, all citizens would be proud of, acclaimed, encouraged and motivated to further the frontiers of greater technological breakthroughs and innovation”