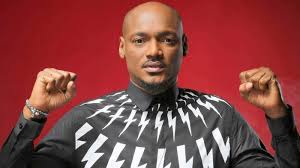 Idibia Tuesday took to his Instagram handle: @official2baba and posted with pictures.

“This should not be business as usual, eradicate poverty, build infrastructure, upgrade healthcare and upgrade education system,

“Say no to corruption, wake up Africa!”

Many Nigerian emigrants are currently being held and exposed to shabby and inhuman treatment as well as being auctioned in Tripoli, the Libya’s capital.

It would be recalled that the Federal Government FG announced Monday that it was exploring the possibility of sending an aircraft to bring back the stranded Nigerians who have also become victims of human trafficking.

In achieving this, the Ministry of Foreign Affairs said it was liaising with the Nigerian Mission in Tripoli to ascertain the veracity of a video clip showing some people, including Nigerians being auctioned off in the Arab nation.