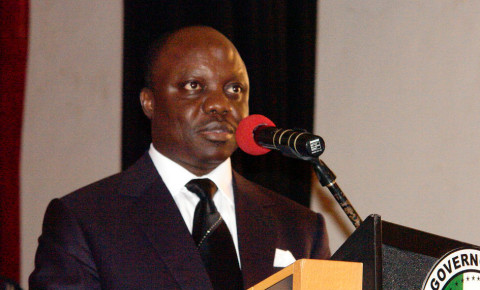 Governor Emmanuel Uduaghan of Delta state has said that his administration’s “Delta beyond Oil policy” was borne out of the need to save the state from over dependence on oil money. 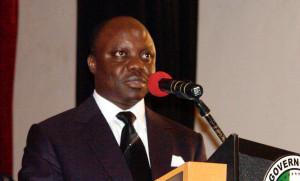 He explained that the main objective of the policy was to ensure that the state economy was resuscitated and conducive environment put in place for investments to thrive and thereby provide employment for the people without relying on revenue accruing from the oil sector.

The Governor, stated this Monday in Asaba while responding to his choice by three national dailies as ’2013 Man of the Year’ and ’2013 Governor of the Year’, adding that emphasis was on agriculture, culture and tourism among others because of their income and employment generating capacity.

His words: “The ultimate goal of Delta beyond Oil is to provide employment for our teeming population.  “Specifically, we are concentrating on agriculture, culture, tourism, solid minerals to achieve our Delta beyond Oil.”

The Governor, who spoke via a  statement issued by his Chief Press Secretary, Mr. Sunny Ogefere, however, commended the management and editors of The Sun, Leadership and Nigerian Pilot Newspapers for the awards bestowed on him.

He commended the three newspapers for acknowledging the modest achievements of his administration.

The Governor, described the awards as call to more work and greater service delivery and promised not to let the newspapers and people of the state down in the remaining years of his administration.

“I sincerely appreciate the decision of the management and editors of the three newspapers in choosing and bestowing the 2013 Governor and Man of the Year Awards on me.”

“My administration came into office in 2007 with a clear-cut three-point agenda of Peace and Security, Human Capital Development and Infrastructure Development.

“We have pursued these agenda with great zeal and determination to make Delta State a peaceful place, conducive for investment. Our human capital and infrastructure development agenda have also produced measurable results.”

African Examiner reports that the Sun in announcing its choice of Uduaghan as its 2013 joint Man of the Year, explained, “Uduaghan got the winning votes for envisioning Nigeria beyond Oil and taking practical steps about it in Delta State.”

Leadership Newspaper also explained, “For his vision of a state beyond oil-a vision beyond time and politics-and for building bridges of peace across one of Nigeria’s most disparate communities, massive building and renewing infrastructure and placing the economy of Delta State on a solid footing, Dr. Emmanuel Eweta Uduaghan is Leadership Governor of the Year 2013.”

Nigerian Pilot Newspapers on its part noted that the choice of Uduaghan as its Man of the Year was informed by the governor’s landmark achievements since assuming office in 2007.

The newspaper informed that Uduaghan emerged after “critical appraisal of the performance of all 36 state governors in virtually all areas of assessment.”