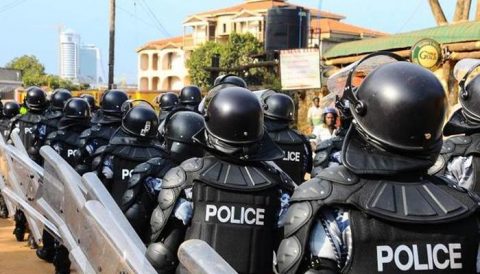 (AFRICAN EXAMINER) – Police in Uganda have rescued more than 100 hostages, including more than 90 children, from a mosque in the capital Kampala, said local police spokesman Emilio Kayima on Saturday.

“Last night we rescued 94 children and 18 women who had been held captive in the Usafi mosque,” said Kayim.

“We have arrested 36 suspects and two were put out of action [killed] during the operation.”

The kidnapped children included Ugandans, as well as some Burundians and Rwandans, added Kayima.

Over the past year, Uganda has been gripped by a string of kidnappings and killings, mostly involving young women and children, in which captors demanded ransom but, in some cases, still execute their captives.

Many of the hostages have been from prominent families in the east African nation.

A statement from local police also noted that the mosque had been utilized to facilitate the kidnapping.

“Security forces take exception to the fact that such a place of worship could be used under the cover of sanctity and freedom of worship to plan and execute crime,” police  said.(dpa/NAN)