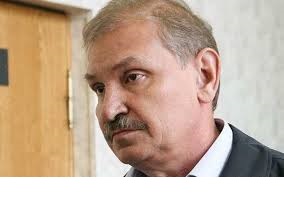 (AFRICAN EXAMINER) – The UK Police have begun a murder investigation after the death of Russian businessman Nikolai Glushkov in south-west London.

Late Glushkov was found dead at his home in New Malden on Monday, March 12, 2018.

Autopsy examination revealed that 68-year-old Glushkov died from “compression to the neck”.

Police said there is no evidence yet, of linking Mr. Glushkov’s death to the attempt murder of a former Russian spy and his daughter in Salisbury.

In the same vein, detectives are retaining an open mind and are appealing for any information that will assist the investigation.

The Ploce are also appealing to those who may have seen or heard anything suspicious at or near his home in Clarence Avenue, New Malden, between Sunday, March 11 and Monday March 12 to contact them.

He was jailed in 1999 for five years after being charged with money laundering and fraud.

After being given a suspended sentence for another count of fraud in 2006, he fled to the UK to seek political asylum and became a critic of Russian President Vladimir Putin.

The late businessman also had a close friendship with fellow Russian businessman Boris Berezovsky, who came to the UK in 1999 after falling out with Mr Putin.