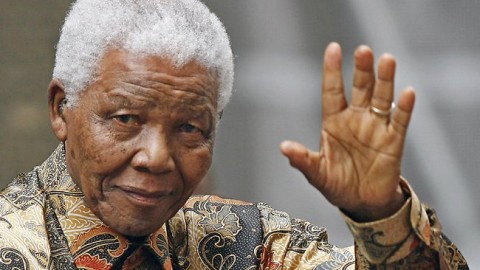 (AFRICAN EXAMINER) – The United Nations on Friday announced winners of its Nelson Rolihlahla Mandela Prize for 2020.

They are Mrs Marianna Vardinoyannis, a philanthropist and human rights defender from Greece, and Dr Morissanda Kouyaté, a leading gender advocate from Guinea.

President of the UN General Assembly, Amb. Tijani Muhammad-Bande, announced the laureates in a statement by his spokesperson, Ms Reem Abaza.

Established by the General Assembly in June, 2014, the award recognised individuals dedicated to serving humanity by promoting the objectives and principles of the UN.

It also “honours and pays homage to Nelson Mandela’s extraordinary life and legacy of reconciliation, political transition and social transformation”.

Vardinoyannis and Kouyaté are the second set of laureates after Dr Helen Ndume of Namibia and Jorge Sampaio of Portugal emerged the first two winners in 2015.

The statement said Vardinoyannis was also committed to the protection of children’s health and welfare.

“She is a Goodwill Ambassador of UNESCO since 1999, founder and president of “Marianna V. Vardinoyannis Foundation” and of “ELPIDA Friends’ Association of Children with cancer.

“For more than 30 years, she has been fighting against childhood cancer and for a world without borders in health, helping thousands of children to be cured,” it said.

For his part, Kouyaté was picked by the selection committed headed by the UNGA president for his strident campaign against violence targeting women and girls in Africa.

According to the PGA, the winners emerged from nominations from a wide range of sources, including member and observer states of the UN, higher institutions, research bodies and nongovernmental organisations.

“The laureates will be recognised at the annual commemoration of the Nelson Mandela International Day by the General Assembly on July 20.

“The in-person award ceremony will take place at a later date at the United Nations Headquarters in New York,” the statement said.