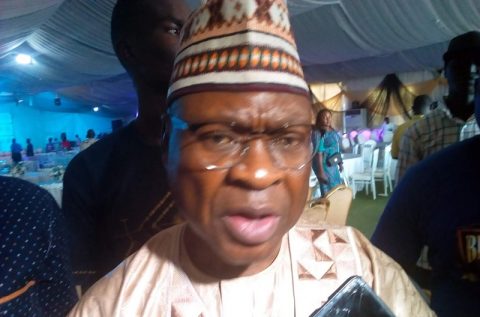 (AFRICAN EXAMINER) – The Federal Government OF Nigeria is building mechanisms and institutionalized processes in the informal sector that would give the Nigerian youth assurances that their energy and dynamism can be invested in making the country a productive nation.

The Secretary to the Government of the Federation Boss Mustapha stated this at the closing ceremony of National Industrial Skills Development Programme (NISDP) in Abuja.

Boss Mustapha who was represented at the event by a permanent secretary David Adejo said the Industrial Training Fund has trained over 450,000 Nigerians in various skills and trades over the last three and half years of which NISDP is one of the schemes.

“It is in this light that I will commend the ITF for the wonderful job under the leadership of the Director General Sir Joseph Ari , I am aware that ITF has trained over 450,000 Nigerians in various skills and trades over the last three and half years of which NISDP we are closing today is one of such”.

According to SGF Government has provided avenues to substantially increase access to affordable credits through various schemes.

He urged the Industrial Training Fund to sustain the tempo of its activities as skills acquisition is a major vehicle to the attainment of Federal Government goals and objectives of poverty reduction and unemployment.

In his welcome address, Director General of Industrial training Fund, Joseph Ari explained that NISDP is one of the numerous skills acquisition intervention programmes introduced and implemented by the Fund to facilitate the achievement of the Federal Government policy on job and wealth creation.

“It focuses on skills acquisition to create jobs to stem rampant unemployment and breed a new generation of entrepreneurs, in order to transform the economic landscape of the country”.

He said that since its inception, the NISDP has equipped over 200,000 Nigerians nationwide and 18,000 from the FCT with skills for employability and entrepreneurship.